Esteban Ocon says his Force India team-mate Sergio Perez apologised after their costly Singapore Grand Prix first-lap clash, but that does not mean the "terrible situation" will be quickly forgotten

Ocon was pushed into the wall on the exit of Turn 3 when he attempted to go round the outside of Perez on the opening lap, and the Mexican moved over on him.

The pair talked about the incident when Perez, who finished out of the points, returned to the Force India camp after the race.

"He apologised to me, in the room he said he apologised," Ocon told Autosport.

"But it's not 'because of that, everything's gone'.

"The only thing I look at at the moment is that we come home with no points on a weekend where we should have been both in the points, getting strong results.

"We had the pace for it. It's a terrible situation to be where we are now.

"That's all I can say, there's nothing else to comment about." 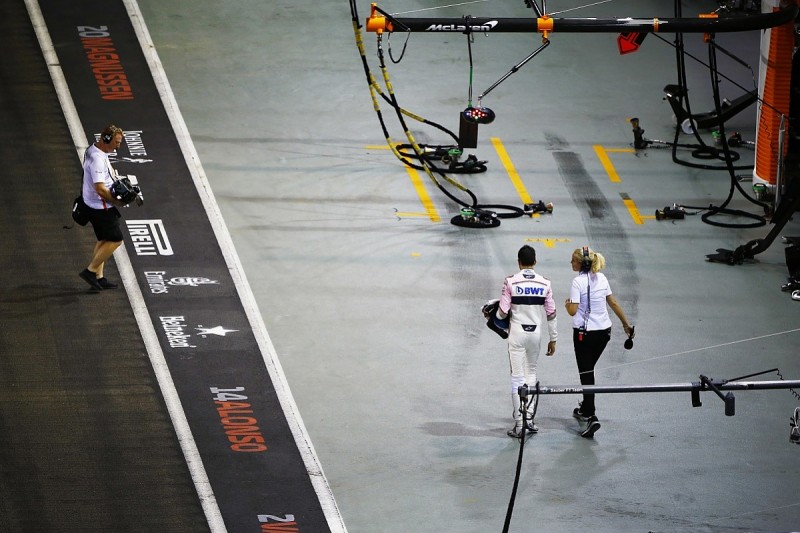 Team principal Otmar Szafnauer suggested Force India will now reinstate the ban on Ocon and Perez racing each other that it imposed after a string of incidents in 2017.

Ocon insisted "it's not the same situation as last year, we've turned the page from there" but added "obviously no one is happy with this situation" when asked about the team's response.

Perez was adamant that he did not know that it was Ocon's car that he touched.

"It was very unfortunate," he said. "As I'm picking up the power in Turn 3 I just get a contact from another car, on my front tyre.

"I did not even realise at the time that it was Esteban.

"As I got it through the radio I was quite sorry for the team, because I thought we were on to a great day, with a lot of points."

Getting stuck in traffic after an early pitstop and then a penalty for a later clash with Sergey Sirotkin meant Perez fell back from his initial seventh place to finish 16th.