He insists Mercedes has not "lucked in" to its strong championship position, despite Ferrari often having the faster car but squandering points.

Hamilton's victory in the Singapore Grand Prix opened out a 40-point advantage over Vettel in the drivers' championship, following a weekend in which Hamilton starred with a spectacular pole position lap and Vettel put Ferrari on the backfoot with a practice crash.

"I don't look at it and think 'we've lucked in'," said Hamilton.

"When Vettel hit the wall the other day, damaged the car and lost running on the track, that's not us lucking in.

"I take a lot of pride in not putting myself in those positions.

"It's only small percentages that you get wrong and they have bigger ramifications.

"There's nothing we can do about them, all we can do is be the best we can over a weekend."

Hamilton is adamant Mercedes is "over-delivering - if our car's pace is 100, we are pulling out 102".

But despite his sizeable championship advantage, he is refusing to get complacent.

"Hope and belief are two things that you always need to make sure you have," said Hamilton. 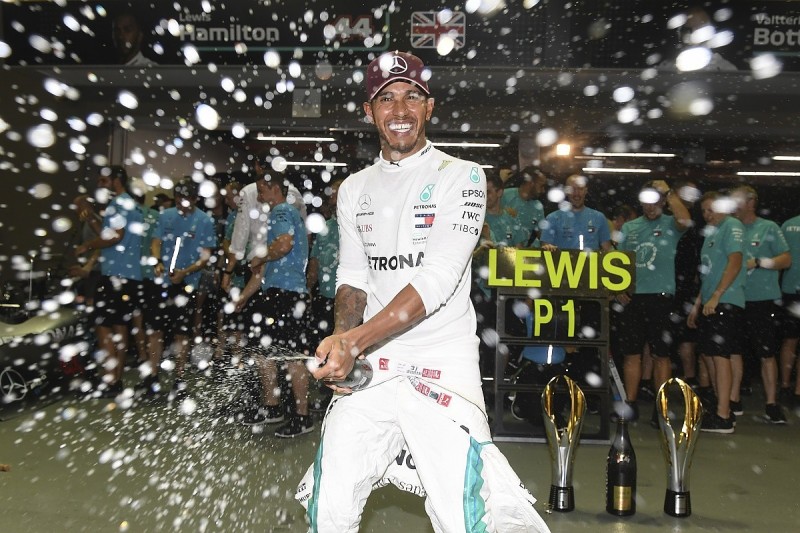 "But I can assure you that we as a team, we're not cocky or overly confident.

"We are being diligent and working as hard as we can. We want to keep hammering away as we are.

Hamilton is not quite in a situation where he can afford to finish second in every race or target clinching the title early.

"There is just no need for me to look at the next few races and think 'OK, I need that there, and that there'. In my mind I need to win every race, simple as that," he said.

"I want to win every race, that's the goal. I'm just not looking at the points.

"It's nice having 40 points, but it's not the end until it's mathematically impossible [to lose]."