A Ferrari customer since 1997 other than during its four seasons under BMW ownership, Sauber will stick with 2016-specification power units next year.

Sauber says the move is aimed at focusing on next year's aerodynamic overhaul, which Ericsson - who expects to stay with the Swiss team - initially questioned, given Toro Rosso's struggles as the 2016 season has gone on, with Ferrari's '15 engine.

"When I first heard about it, I questioned it quite a lot and I was thinking, 'is that really the right way to go?'" said Ericsson.

"You look at Toro Rosso and how much they have lost.

"Then I spoke to the guys at the track and the factory and the reasoning makes sense, as there are really big changes to the regulations and we are a small team.

"The team can focus on developing the car for next year and knowing what package we will have and what power unit we will have will help.

"The chassis has not been where it should be and to go into the winter not knowing about the engine package is going to hurt even more.

"If we know what we have in the back, we can push hard on the chassis side."

Team-mate Felipe Nasr also backed the decision, adding: "I see we have given away a lot of attention on the chassis on our aero side and we should be focusing on that next year.

"Cornering speeds, traction, braking has all been very weak this year and I can clearly see there is more room to gain focusing on these areas - there is more to gain on the chassis side. 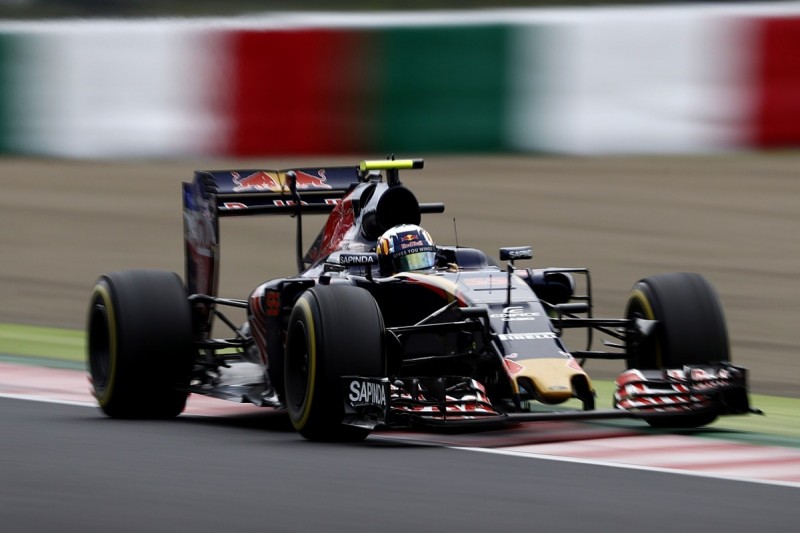 Toro Rosso will revert from its 2015-specification Ferrari stopgap to up-to-date Renault units next year, but has fallen down the order as this season has progressed.

Carlos Sainz Jr believes the older engine is now at the back of the order, with "McLaren-Honda a step ahead of us especially in the deployment", and that Sauber will face a challenging 2017.

"I will wish them good luck," he said, when asked by Autosport about Sauber's decision.

"It's normally one step behind and if they have a fixed engine for the rest of the year, they will end up being just behind.

"So not an easy one but definitely we want them behind so better for us."