New Jersey has won a temporary reprieve for inclusion on the 2014 Formula 1 calendar, with a June 1 slot set to be left open when the FIA approves the provisional schedule next week

Grand Prix of America organisers have been working hard in recent weeks to get in place the paperwork and funding needed for the inaugural event to take place next season.

The race had been absent from a draft schedule that was distributed to the teams ahead of the Italian Grand Prix.

However, that was because race officials had not lodged the mandatory official application and payment to the American national motor sport authority, the ACCUS (Automobile Competition Committee for the United States) at that point.

It is understood that the application has now been lodged, with the deadline being September 20, and that F1 supremo Bernie Ecclestone has agreed to hold open a June 1 date in the provisional calendar submitted to the FIA while New Jersey finalises its race preparations.

AUTOSPORT has learned that the calendar that has been proposed for approval at next week's World Motor Sport Council features only two tweaks from the draft version that has been in circulation for several weeks.

There is the June 1 slot, that is set to have a 'to be confirmed' designation, while the dates for the Korean and Chinese Grands Prix have been switched. 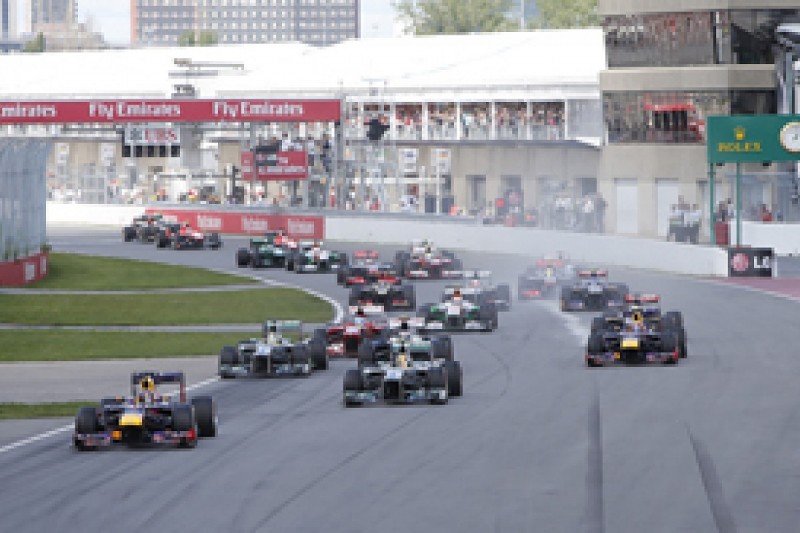 The potential inclusion of the New Jersey event on June 1 does create further complications though, because it sets up the prospect of a triple-header of Monaco, New Jersey and Canada.

Such a plan may be too hard logistically for teams, so it is possible that there will be further tweaks before the calendar is finalised later this year.

However, the races cannot be split because the FIA has designated that there cannot be an F1 race on June 15 - when the Le Mans 24 Hours takes place.

The schedule also features a record-breaking 22 races - with teams already having expressed a reluctance to go beyond 20.

The FIA WMSC is meeting in Croatia at the end of next week to rubber stamp the calendar.