The Australian finished the day in second between the Mercedes of F1 title rivals Nico Rosberg and Lewis Hamilton, lapping 0.194 seconds off the pace.

He reckons Red Bull was stronger still on long-run pace.

"This morning was solid and the long run pace was good, which continued on in the afternoon," said Ricciardo, who like team-mate Max Verstappen stuck with medium tyres in practice one.

"We made some changes between the two sessions, and we look pretty good for now, and hopefully we stay like that.

"We should have a good race on Sunday if that's the case.

"It's one of our best Fridays.

"On our long-run pace we were able to match [Mercedes], if not be quicker.

"I've said it before, it is Friday - but it's nice to have a good Friday.

"It's nice to start the weekend on the right foot, so I don't think we'll have hours and hours of work ahead of us tonight.

"There'll be a bit of finetuning as always, but we don't have to search for too much at the moment." 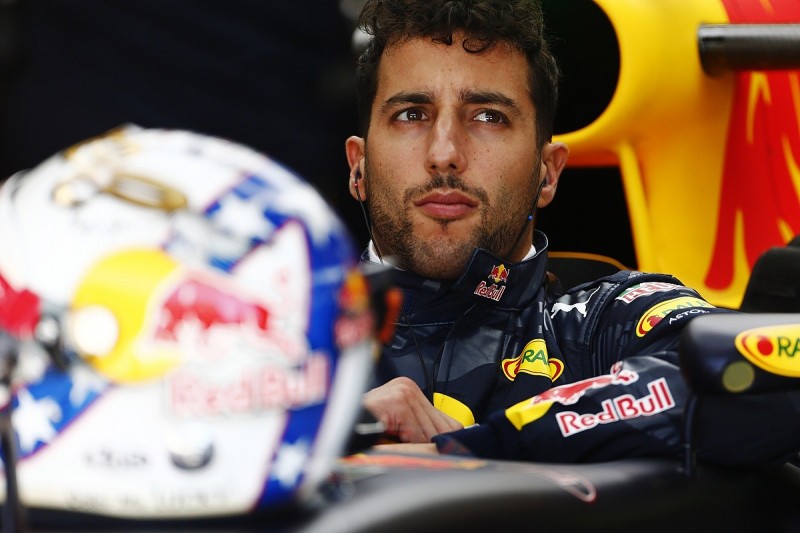 Ricciardo acknowledged Mercedes may be able to add more performance in qualifying trim than the Renault-powered Red Bulls are able to.

"I'm not sure where they are with engines and how conservative they are running, but today we looked good," he said.

"Let's see what happens over the next 48 hours.

"You can definitely overtake here, which is good.

"If we get the pace we had today against the Mercedes then it's going to be a fun race.

"I think we will have some overtaking ahead of us."

Verstappen was seven tenths adrift of Ricciardo in fifth, but felt that was deceptive.

"The short run for me was not great," he admitted.

"We made quite a lot of changes in the car, and it didn't seem to work.

"That's why it took me a bit longer to go out again on the long run, because we made quite a lot of changes to what we thought would work, and it seemed to work pretty well on the long run."

Red Bull's usual key rival Ferrari had Sebastian Vettel in fourth but Kimi Raikkonen only 10th after an error.

"I had a Ferrari in front of me and I was catching him on the long run, so that's a positive," said Verstappen.

US GP practice: Nico Rosberg fastest ahead of Daniel Ricciardo