They have been paired up at Red Bull since Verstappen was promoted from junior squad Toro Rosso to the senior team ahead of the 2016 Spanish Grand Prix, which he won.

Previously, Ricciardo raced alongside Sebastian Vettel, who he beat in the drivers' standings in 2014, Daniil Kvyat, Jean-Eric Vergne, Narain Karthikeyan and Vitantonio Liuzzi in an F1 career that began at HRT before he reached Red Bull via Toro Rosso.

Ricciardo feels none of those drivers pushed him like Verstappen has.

"I'm not saying I've had it easy in the past, but I think he's the first driver who can challenge me," Ricciardo told Autosport.

"In the past, if I've done a high-speed corner and I've taken it flat-out for example, I've never had someone who can get there the same way.

"Max would at least go out there and try it. He's been able to match stuff easier than some other guys have."

Ricciardo has beaten Verstappen in the drivers' championship in both seasons he has raced alongside him.

But in 2017 Verstappen secured two grand prix wins to Ricciardo's one and had the better record head-to-head in qualifying (13-7) and the races when both cars finished (5-2). 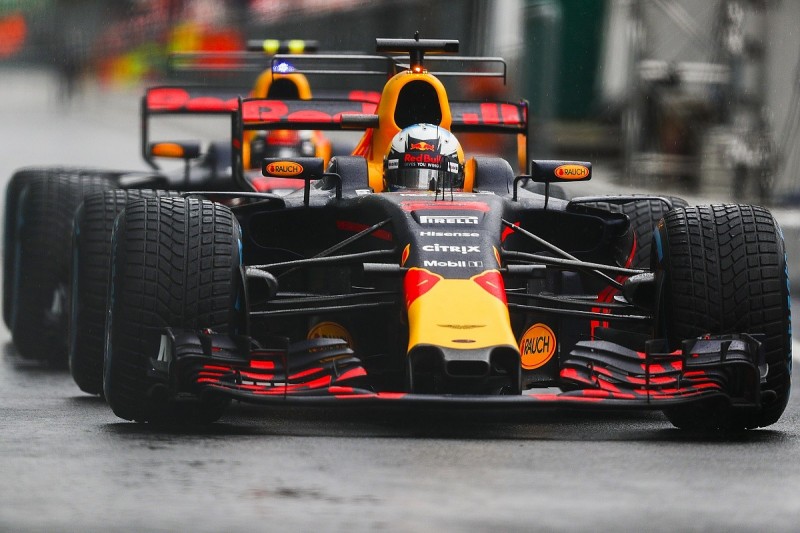 Ricciardo felt that in 2016 he "had a clear edge if you were generalising our races together - he had some amazing races but I was better in qualifying and most Sundays".

"If we were to split the races, we both had an even amount of good races," he said.

"His good days probably looked better because they weren't good days for me."

Ricciardo feels they are "relatively" evenly matched and expects a close fight in 2018.

"I know if I make a little mistake in the past, maybe I could end up ahead still in qualifying," said Ricciardo.

"Now, if I make a mistake, he's in front. It's the same if he doesn't quite put a perfect lap together, I'm in front.

"This is why I would say he's the better team-mate.

"We've both raised our game. We can't afford to put a wheel wrong because we're going to get beaten."