Button is set for 16th on the Suzuka grid after running in an incorrect engine setting for his first Q1 lap and then backing off on his second due to yellow flags for Max Verstappen's stranded Toro Rosso.

"On the first run I wasn't told which engine mode to be in," said Button.

"It [normally] happens at the start of every qualifying lap, and they forgot to tell me.

"I went to the one that I would normally go to and it just emptied the [battery] pack halfway round the lap.

"So for the last half of the lap I didn't have any [MGU-K] deployment.

"It just shows you when you don't put a lap in at the start of qualifying, anything can happen."

The 2009 F1 world champion said it underlined how costly any small slip can be for a team in McLaren's plight.

"You need to get everything out of it, you can't make a single mistake, even getting the front wing half a turn out," he said.

"You have to get everything right and then you have a chance of doing something at least.

"The simple things we need to get right. We've got bigger things to worry about.

"It's not frustration, it's stating the obvious. You can't have little mistakes from any of us, me included.

"You've got to iron those issues out before you have a competitive car or they'll hurt you a lot." 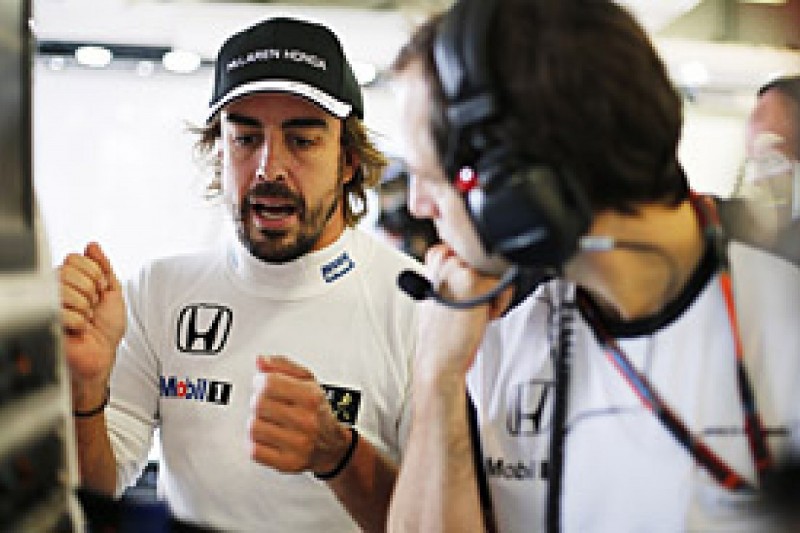 Button's team-mate Fernando Alonso reached Q2 and was up to 11th going into the session's closing seconds, before being pushed back to 14th.

He will gain a further position from Nico Hulkenberg's grid penalty for a Singapore GP collision.

"I told the guys it's probably the best lap of my career around here," said Alonso.

"We could put a hundred sets of tyres on all afternoon to repeat that lap and you cannot get to that laptime."

Alonso admitted he will probably slip back in the race.

"There are people behind that are faster - Verstappen and Sauber probably in a race situation.

"We'll try to do our best and hopefully some miracles to score some points."