The Sauber driver has made it into the second part of qualifying at each of the last four grands prix and scored points in three of those races.

During that same spell team-mate Marcus Ericsson, in his fifth year in F1, has not made Q2 once and has not scored points since Bahrain earlier in the year.

Asked about what the wave of good form is doing for his confidence, Leclerc said: "Strangely it's not that high.

"OK, they are good results, but after every race I always try to find a negative about myself and try to improve them.

"It has gone well for now but it's not like I feel completely confident. I'm not someone that always feels confident about himself.

"I'm always trying to improve and I think that's also a strength." 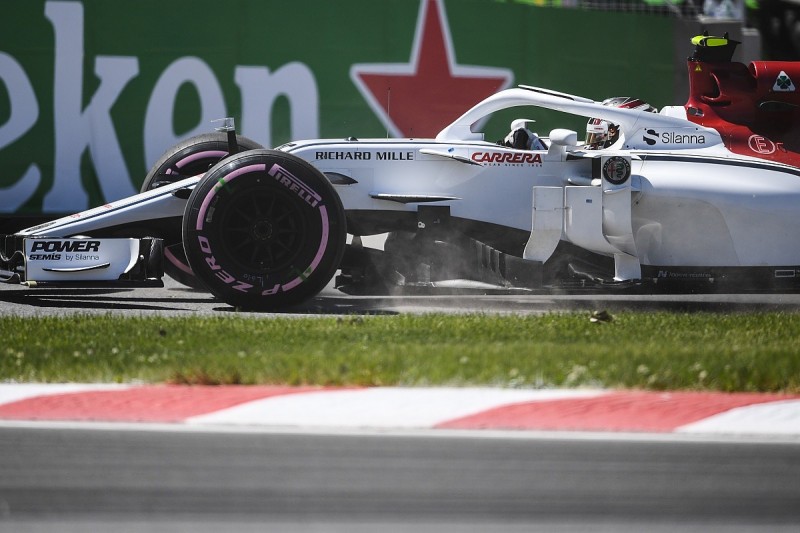 The reigning Formula 2 champion admitted he could not find an obvious negative in Canada, where he qualified 13th and finished 10th.

However, he did have to manage a brake problem during the race, and said that was an obvious area for Sauber to improve on the C37 after crashing out in Monaco because of a disc failure.

Asked what was negative about Canada, Leclerc said: "That's a difficult one because I think we really maximised the weekend.

"As a team we can still do some improvements with the brakes because we are still struggling.

"[Also] my Q2 lap could've been a little bit better, when you see that only six hundredths was separating me from P11."

Leclerc said he "can't believe" the run of starring results he is enjoying at the moment.

However he warned it could come to an end with F1's triple-header of France, Austria and Britain placing an emphasis on strong aerodynamic performance.

"We need to be a little bit careful because I believe that the next four or five races will be a lot more difficult for us," said Leclerc. "We have to see but I'm extremely happy with the races we've made until now.

"We have taken every opportunity that we had to score points and [because] of this we should be very proud.

"You need more downforce on tracks like Le Castellet or the four or five other races after.