Both Leclerc and team-mate Marcus Ericsson failed to escape Q1 in qualifying in the first three grands prix of the season, but Sauber has had at least one car in Q3 in three of the last four F1 race weekends.

The team has also emerged as a consistent points scorer, climbing to eighth in the constructors' championship ahead of Toro Rosso after taking top 10 finishes in four of the last five GPs.

"We are definitely getting a lot better and it doesn't seem like the same team as the beginning of the year," Leclerc told Autosport.

"We have made such a big step in performance - we were fighting to not be last at the beginning of the year and now we are fighting for Q3. 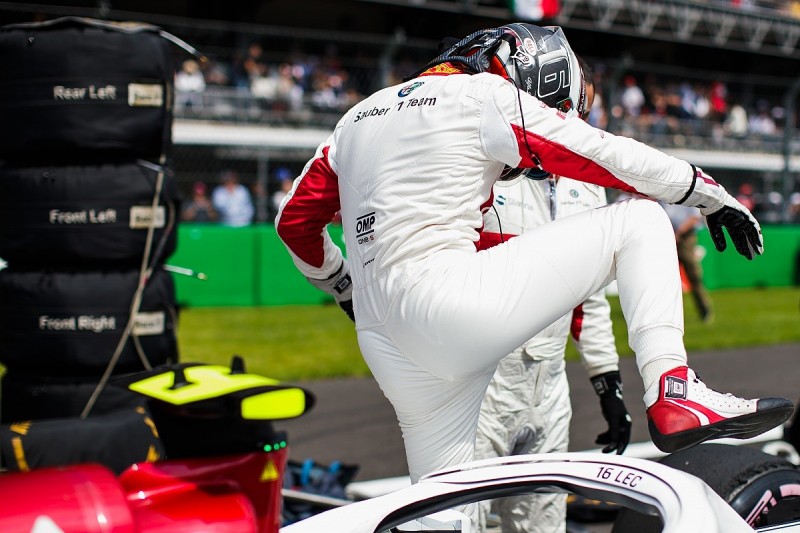 Leclerc, who will move to Ferrari next season to partner Sebastian Vettel, with Kimi Raikkonen moving in the opposite direction, believes Sauber has a shot at being at the front of the midfield consistently in 2019.

"I really hope so for them," he said.

"They have a good vision for the future and definitely good potential.

"The team is growing every day and there's more and more people [working] every day, so it's definitely looking good."

Leclerc believes the improvement of the team over the season has also helped him to develop during his rookie campaign.

He has scored points eight times this season and reached Q3 six times after a difficult start to the season while gaining experience.

"It was extremely interesting to arrive in my rookie season in a team that evolves so much in a year," said Leclerc.

"It has shown me how to improve a car and how a team works to improve itself.

"This was the perfect example and I have definitely learned a lot from it."