Toro Rosso has gradually dropped back as all of its rivals received engine upgrades and Sainz said last month Honda is very close to the old Ferrari spec.

With Spa a track where engine power is critical, the Spaniard is expecting this weekend to be Toro Rosso's toughest so far this season.

"It's the most power-sensitive track, a lot of times flat-out, a lot of times uphill and cornering putting load into the transmission which is exactly where you need full power," he said.

"For nearly one minute of the lap we will be losing time and we will need to pick it up in other places so it will be a difficult qualifying lap.

"Last year, we were surprisingly quick with a good compromise on aero and top speed but good second sector.

"This year it's more difficult because our power deficit is now even bigger than it was last year.

"This is probably our most difficult track to date.

"It's a track I love but it will probably be quite painful to be behind a Mercedes engine here."

Sainz said Toro Rosso will try to compensate for its power deficit but he admitted it was tougher this term because the stability in regulations has negated the chassis advantage it had last year. 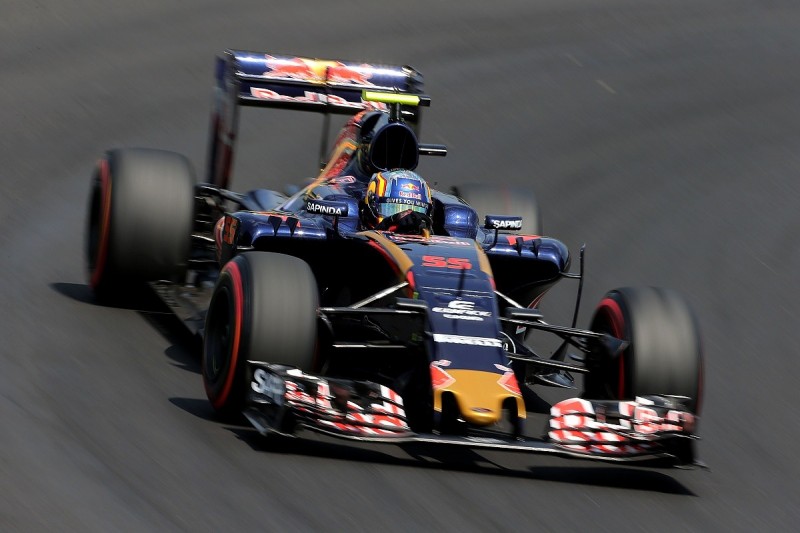 "We will try to do our best and you will see rear wings trimmed, everything to try and compensate for this," he said.

"But it also means you are taking off downforce so it could make our life difficult through sector two.

"Last year, we had a much better car compared to the others in terms of downforce but this year, everyone has caught up, as the regulations have stayed the same."

At the start of the season, Toro Rosso set a target of fifth in the constructors' championship but Sainz said holding off McLaren, which is three points adrift, to take sixth would now be a significant achievement.

"We need to be there to pick up opportunities where we can," he said.