GP2 champion Vandoorne was 12th in Sakhir qualifying, 0.064 seconds and two places ahead of Button.

"He's very competitive and he's quick. He's won here before, I think he's proved how good he is around a place like this and he's done a lot of testing with us.

"The boy did a good job today. He got it right, and I definitely didn't in Q2.

"Fair play to him. It's impressive. We'll see how he gets on tomorrow."

Vandoorne said he had expected to at least be close to Button following practice, despite losing some running to an oil leak in the final session.

"I knew after yesterday and this morning that I had quite similar pace to Jenson and that if I improved a little bit I could challenge to outqualify him," said Vandoorne.

"And now that's happened, it's a good feeling but the most important job is tomorrow - trying to have a good race."

Button had been ninth in Q1, half a second up on Vandoorne, but said his car's handling then changed excessively when he made a small front wing adjustment.

"The car's been really good all weekend, I've had a reasonable balance," he said.

"On my last run, for no reason at all, it's completely opposite - massive oversteer. I wasn't very happy with it."

Though he had never anticipated replicating his Friday evening third place in qualifying, Button had been optimistic of reaching Q3.

"I don't think that pace was really going to be there today because everyone turns up their engines from Friday to Saturday," he acknowledged.

"We definitely expected to be closer to Q3. If the balance had worked like it did in Q1, there was a chance of being in Q3." 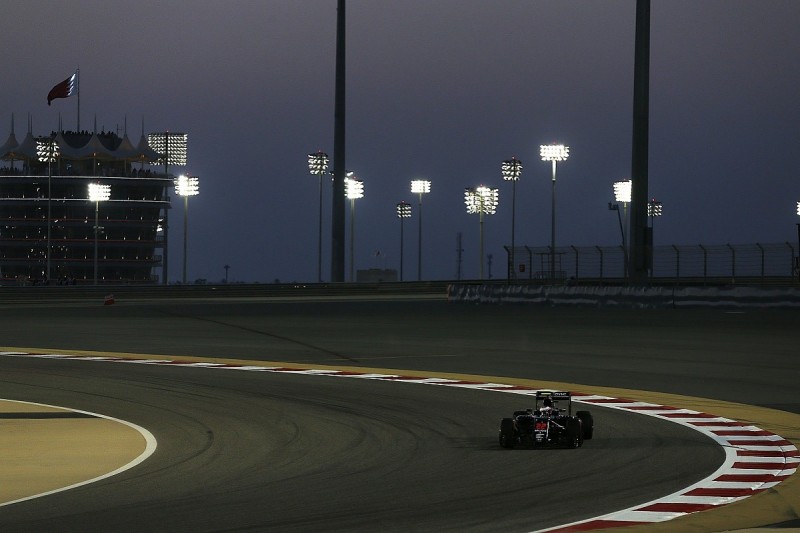