In the wake of it emerging that Red Bull had broken the 2021 cost cap limit, Brown wrote to FIA president Mohammed Ben Sulayem and F1 CEO Stefano Domenicali urging them to treat the matter with the utmost seriousness.

In the letter, he wrote: “The overspend breach, and possibly the procedural breaches, constitute cheating by offering a significant advantage across technical, sporting, and financial regulations."

He added: "The bottom line is any team who has overspent has gained an unfair advantage both in the current and following year's car development."

Brown’s use of the word ‘cheating’ did not go down well with Red Bull boss Christian Horner, who said it was ‘absolutely shocking’ that such an allegation had been thrown at his squad.

“We’ve been on trial because of public accusations since Singapore,” he said at the United States Grand Prix.

“The numbers have been put out in the media that are miles out of reality. And the damage that does to the brand, to our partners, to our drivers, to our workforce, in an age where mental health is prevalent, we’re seeing significant issues within our workforce.

“We’re getting kids that are being bullied in playgrounds that are employees’ children, that is not right through fictitious allegations from other teams.

“You cannot go around just making that kind of allegation without any fact or substance. We absolutely are appalled at the behaviour of some of our competitors.” 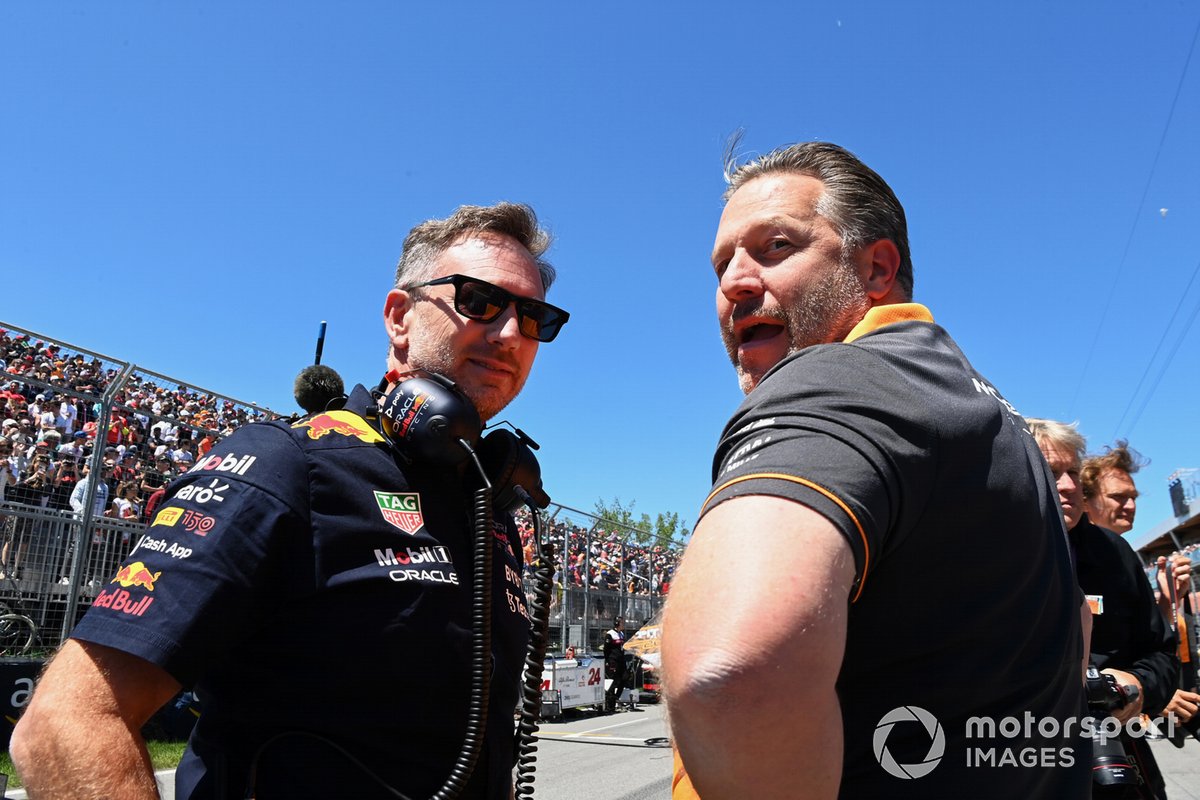 But despite the controversy the wording of his letter caused, Brown says his views on the matter remain unchanged.

“I stand by my letter,” he said, reflecting on the cost cap controversy. “I think when you break the rules, whether it's technical and financial, there are many different ways to characterise it.

“I know it's such a strong word, but I don't see any difference between breaking the financial cap versus having too low of a ride height, or whatever the case may be.

“If it's something within the sporting, financial, or technical regulations, a breach of the rules, I guess you could call it a couple of different things. Some people in a more simplistic manner would call it that.”

Brown said he also remain unconvinced about some of Red Bull’s defences over the cost cap breach – especially how much it claims it was originally under the limit, and that a staff canteen deal triggered a major overspend.

“I thought there were things that didn't make sense,” added Brown.

“So I think to kind of single out, 'this is where we spend more money,' collectively, if that was pushed in the cap, then you're spending less money somewhere else.

“I think it all goes into performance. I don't think you can kind of have isolated selected elements and say it was this part that was out of the cap.”

Brown also thinks is a little strange that Red Bull has repeatedly complained about being right at the limit, but then suggested its original submission last year was many millions of dollars under.

He added: “The whole name of the game is to get as close to the cap as possible. And they were one of the teams saying they couldn't get down to the cap. So then how were you four [million] under the cap?

“But I don't think what they did was intentional. I know it's kind of ‘sandwichgate’, but I think that's downplaying what it was. So all that doesn't quite stack up.”