McLaren CEO Zak Brown has admitted that there are "mechanisms" within Daniel Ricciardo’s Formula 1 contract that could end it early.

Ricciardo’s long-term future at the Woking-based team has been thrown into question after Brown last week made comments that the Australian driver’s results had not lived up to expectations.

Ricciardo accepted that his time at the team had not delivered the results he nor his bosses would have liked, but he was clear in Monaco that he was committed for the full three years of his contract which runs out at the end of 2023.

Speaking ahead of a visit to the Indianapolis 500, though, Brown suggested that McLaren’s deal with Ricciardo was not completely watertight.

For while Ricciardo was halfway through a three-year contract, he suggested there were break clauses that could open the door for a parting of ways if things did not improve.

“I spoke with Daniel about it. We’re not getting the results that we both hoped for, but we’re both going to continue to push.

“I think he showed in Monza [last year] he can win races. We also need to develop our race car; it’s not capable of winning races. But we’d like to see him further up the grid.

“And we’ll see how things develop and what he wants to do. And then we’ve got our testing programme ramping up, but we’re in no rush.” 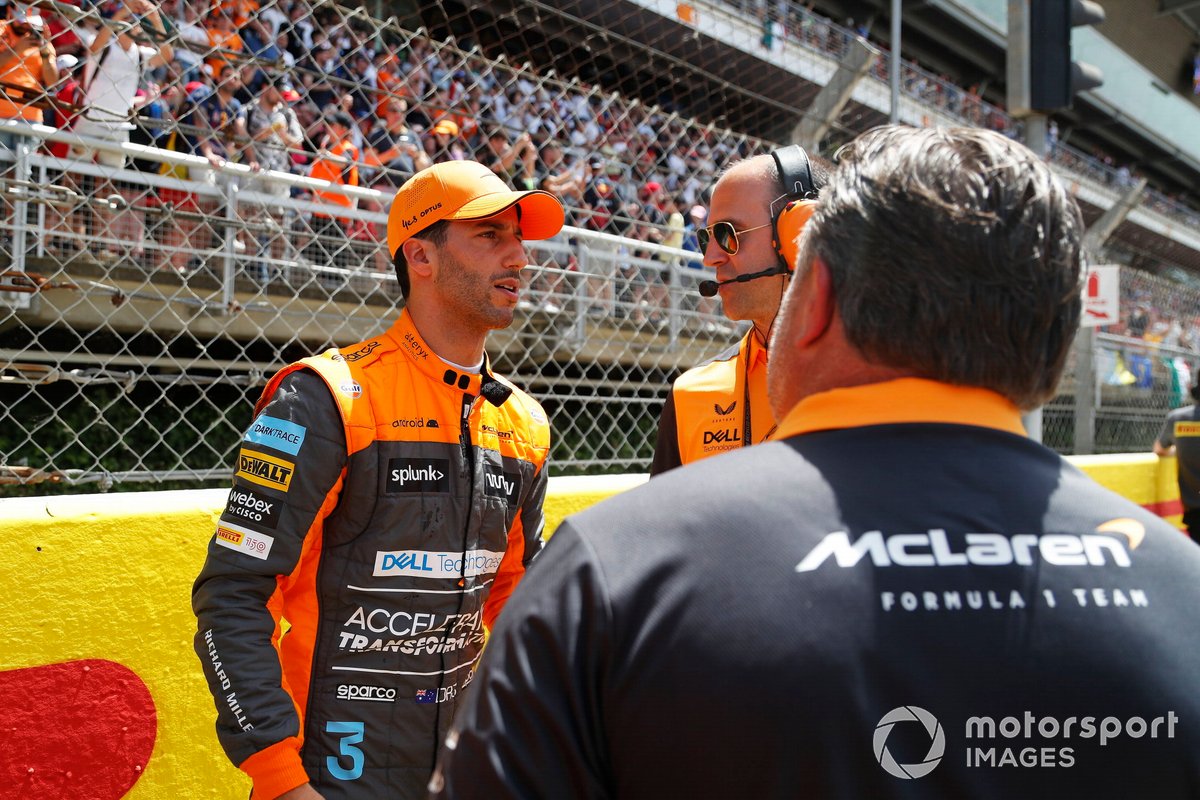 Ricciardo’s future beyond 2023 had already appeared to be dependent on the progress of McLaren’s IndyCar youngsters, with Pato O’Ward having been singled out as a leading contender if the team felt confident enough in going for a rookie. Yesterday, Arrow McLaren SP announced O’Ward had renewed his contract with the team for at least three more years.

A swoop for the Mexican to replace Ricciardo for 2023 could be viewed as too early, although the Mexican is set for more F1 running later this season.

“We’ve got both our test drivers under contract,” said Brown. “Pato’s definitely going to be one of those. He did a very good job in Abu Dhabi [young driver test] last year.

“The IndyCar schedule is very packed, as you know, but the end of the year you won’t be surprised to see him in one of those cars.”

O’Ward reckoned he had another two or three years to break into F1 before he felt he would be too old to make the switch.

“I think the deadline is there because of age,” he said. “Once you’re 25 or 26, that window closes quite a bit. So obviously if that opportunity comes about, you take it, right?

“My dream of becoming a racing driver came about in Formula 1 That’s something that’s never going to leave. It’s a part of me. It’s what opened my heart to such a different world.”