Valtteri Bottas is set to take a five-place grid penalty in the British Grand Prix for a gearbox change, his Mercedes Formula 1 team has confirmed

After claiming his second win of the season in Austria last weekend, Bottas led team-mate Lewis Hamilton in both of the Friday practice sessions at Silverstone.

The Finn will not be able to challenge for pole as he will be taking on a new gearbox before he could complete six races with his previous unit.

The British GP will thus mark a second weekend in a row that an unscheduled gearbox change has led to a Mercedes driver being penalised.

Hamilton was the one sanctioned in Austria, having likewise topped both Friday sessions before the news of his penalty was made public.

Mercedes has said that Bottas' current gearbox was damaged in the same way as Hamilton's prior unit.

The team tried to make it to the end of the six-race period but was unable to do so, although it is now confident that the issue is understood and will not be reoccurring in the future. 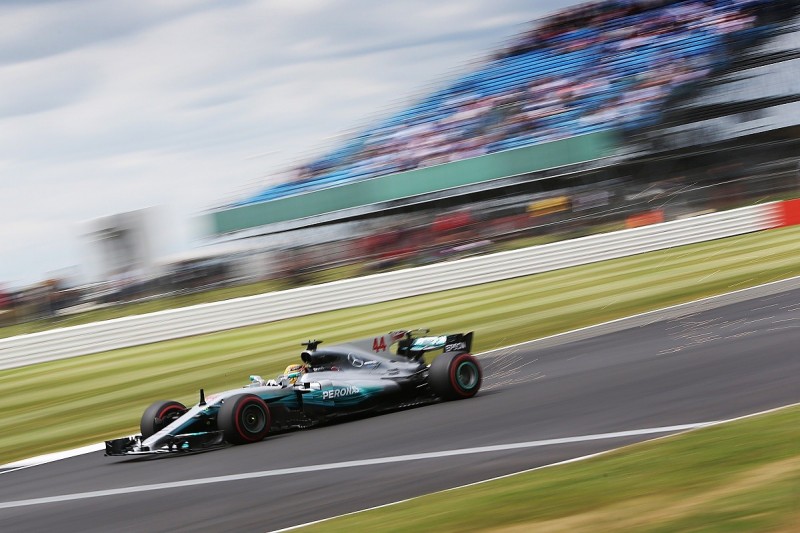 Despite having topped both Friday sessions, Bottas reckoned he still needed to make improvements with the balance of his W08, particularly in the high-speed corners.

"We started the weekend well," he said before the gearbox change came to light.

"Ever since the first session the balance was not far away, definitely still work to do to get the car more driveable and to be able to trust it more in the high-speed corners."

Hamilton was 0.078s off Bottas in FP1 and 0.047s adrift in FP2, albeit his best lap in the latter was on softs to Bottas' super-softs.

"It felt fantastic today," Hamilton said. "With the car we've generally found it's not the easiest to set up on the Friday, we've started on the right foot, the car's felt great so far.

"It makes our evening a little bit easier.

"We've got really good long runs, really good short runs and now we can really digest that and analyse that data and hopefully set that car up for the best tomorrow."