Ross Brawn has described the opening lap of Formula 1’s first sprint event at Silverstone “nail-biting” and “sensational” and says that early feedback from fans has been very positive.

F1’s managing director was one of the driving forces behind the introduction of the new format, which will also be trialled at Monza and one other yet-to-be determined venue later in the year.

Prior to the Silverstone weekend Brawn insisted that drivers would race hard in the sprint, and he believes that today’s event proved him right.

However he stressed that together with the FIA and the teams, F1 will conduct a thorough review of how the weekend played out, and then after the remaining two events make any necessary changes if the format is officially adopted for next season.

“And they're never gonna take it easy. So lots of actions through the field. I mean, that first lap or so was completely nail-biting, sensational. Then we had the little duels in the rest of the race.

“Fernando Alonso's performance today was another sensational part of the race. He got my vote for the highlight of the race. I'd buy a ticket for that every day.

“So I think we're very pleased. We'll let the dust settle on this weekend, and then spend some time with the FIA and the teams trying to understand if there's some evolutions we want.

“We won't be changing the fundamental format this year. And I think after the three races, we can sit down and decide where we go from here. But so far, very positive." 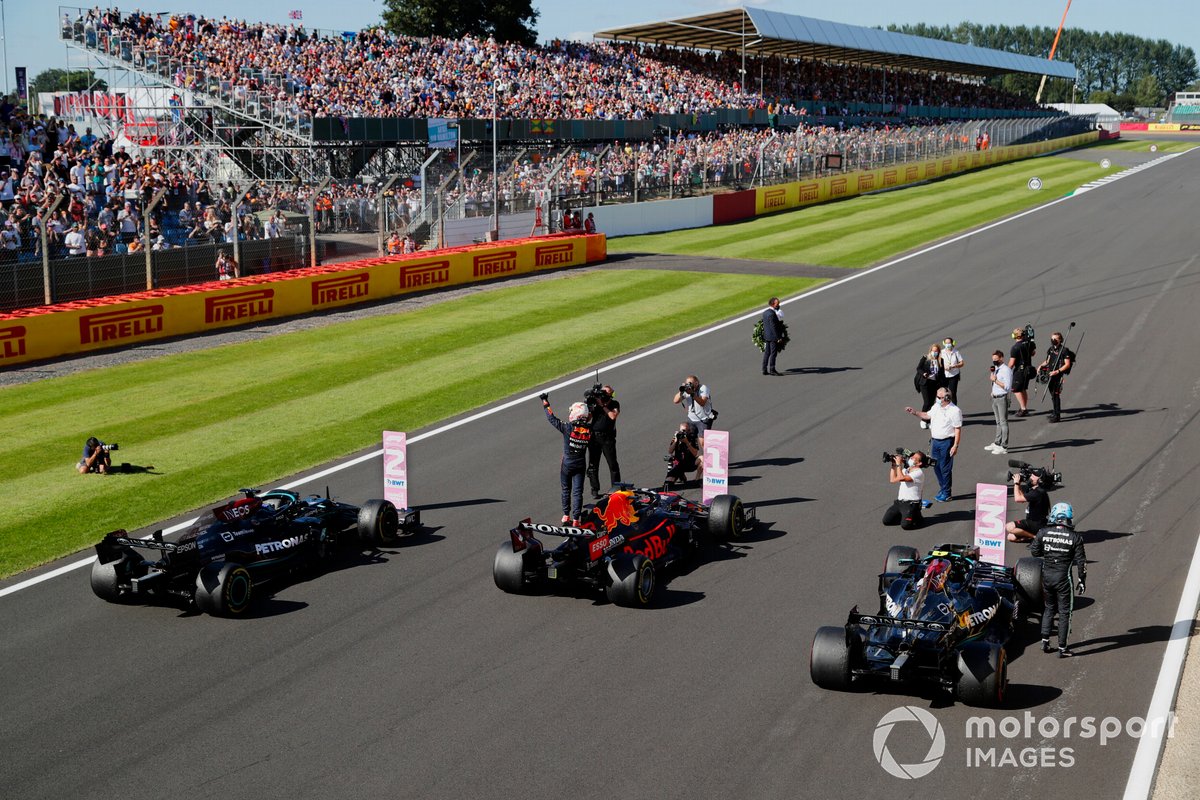 Brawn admitted that F1 has already highlighted possible improvements, but would not go into specifics, noting "we've got a job list, we've got things that we want to enhance, things we want to improve".

He also stressed that it would be "crucial" to listen to feedback from fans after the first event, adding: "Now we're already getting massive feedback, positive feedback from our fans on social media, they love it.

"But there will be fans who make some comments, and maybe there's bits they didn't understand, or they didn't appreciate. We'll take that into account as well.

“But let's see the whole weekend. Let's see the race. And then at the end of it all, we can do an analysis as you say, talk to the fans, look at all the data and details, and see if there's some tuning we need to do.

“For me, there's some very appealing things this format, everyone runs the same tyre in qualifying. We still have the variety in the race, because fortunately we had two tyres that you could use.

“There's no handicap on people for the race in terms of what tyres they choose. So that's quite possibly something which you can take forward.”

Brawn conceded that one of the more controversial aspects of the format, the official allocation of pole to the winner of the sprint, could be changed.

“Maybe that's something we need to think about. If there's some change in the nomenclature of what we're doing, and should Friday be the pole position?