Carlos Sainz Jr has blamed George Russell for their collision during Formula 1's British Grand Prix sprint race, saying the incident was a “pretty obvious mistake” from the Williams driver.

The two came together on lap one at Brooklands after Russell locked up at the sweeping left-hander and ran into the side of the Ferrari driver, who was forced off.

While Russell finished ninth ahead of Esteban Ocon, Sainz dropped as low as 18th before recovering back to 11th at the finish.

Russell has been summoned to the stewards over incident, which cost him a place to Sebastian Vettel's Aston Martin.

Speaking to Sky Sports F1, Sainz said: “I think it was a pretty obvious mistake from George.

“I guess it's difficult for us in dirty air following each other, it's easy to do mistakes like he did, but obviously it cost me quite dearly today going from tenth I think that we were battling, to last, and then having to come back to P11 and finishing behind him.

“It hurts because this time it's not my mistake. I guess it's unfortunate but let's see what happens.”

The Spanish driver added: “It has cost me.

“I should have finished today around P8, P7 and been in a good position for tomorrow and unfortunately this has cost me quite a lot.” 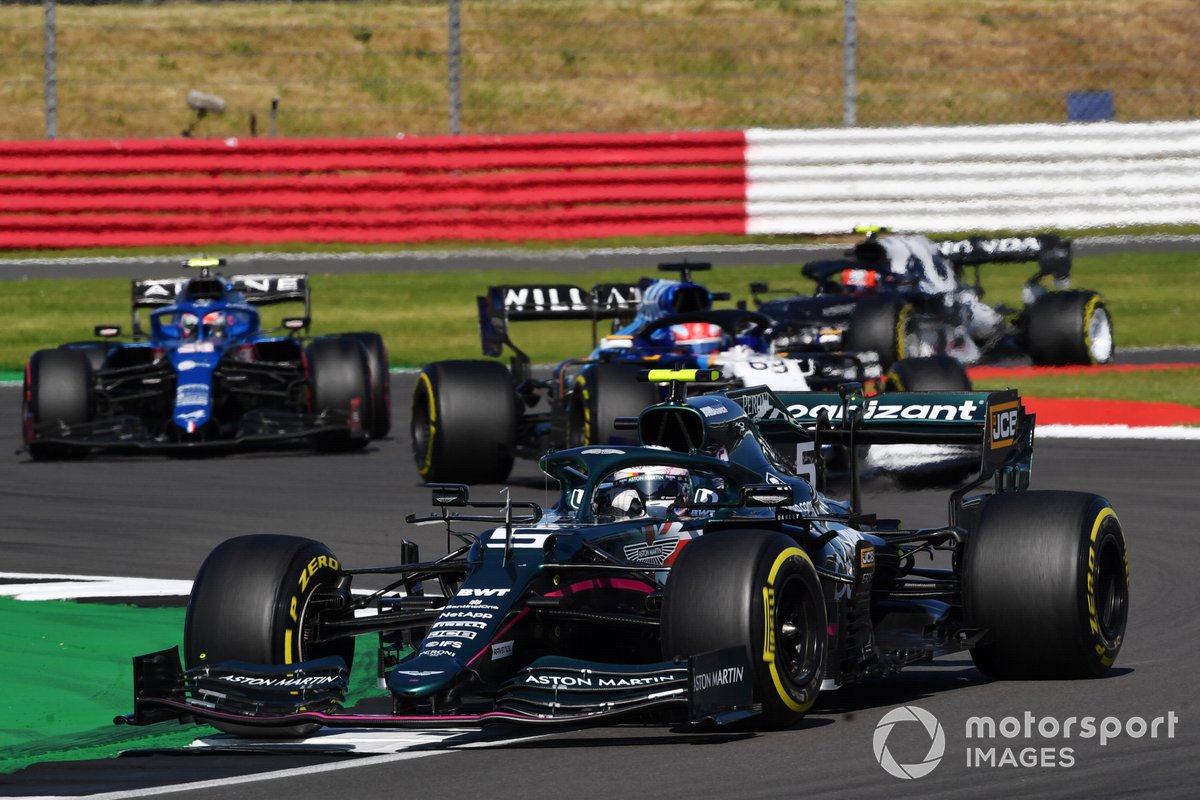 But when Russell was asked about the incident, he said Sainz “sort of cut in on me” and there was “nothing more I could have done”.

He said: “Carlos came from quite wide and sort of cut in on me. I saw it, but there was nothing really more I could have done with the angle I was at.

“I was trying to steer more, I was on the brakes, but as you can see I started to lock up as he was closing the door, so there was nothing more I could have done.

“I think it’s one of those things. When you’re coming from the outside you can’t really see what’s on the inside, so I guess for him he just didn’t know where I was, just one of those first lap things really.”

Sainz too has been summoned to the stewards for rejoining the track unsafely, while Vettel and Nikita Mazepin have also been summoned over practice start breaches.