Brawn: F1 could run closed-door and two-day races in 2020 season

Formula 1 boss Ross Brawn confirms races could be run behind closed doors when the 2020 season finally restarts, and that consideration is being given to running into next year

Last month's Bahrain Grand Prix was due to run without spectators before it was postponed, and the strategy is likely to be employed as part of the effort to encourage an early resumption.

Although the French GP on 28 June is currently the first scheduled race, Brawn conceded that July is a more likely time to start the season, and that it would probably be in Europe rather than a rescheduled flyaway event.

He believes that there is still a chance to run as many as 19 races - and that even a start as late October could allow for the eight races required to qualify for an official World Championship.

"Obviously travel for the teams and travel for everyone involved is going to be one of the big issues," said Brawn on Sky Sports F1 Vodcast.

"You could argue that once we get there we could become fairly self-contained.

"Our view is that probably a European start will be favourable, and that could even be a closed event - we could have a very enclosed environment, where teams come in on charters, we channel them into the circuit, we make sure everyone is tested, cleared, there is no risk to anyone and we have a race with no spectators.

"That's not great, but it's better than no racing at all.

"I think we have to remember there are millions of people who follow the sport, sat at home.

"A lot of them are isolating, and to be able to put on a sport, and keep the sport alive and entertain people would be a huge bonus with this crisis we have.

"But we can't put anyone at risk.

"We're looking at the organisational structure that would give us the earliest start, but also the ability to maintain that start. 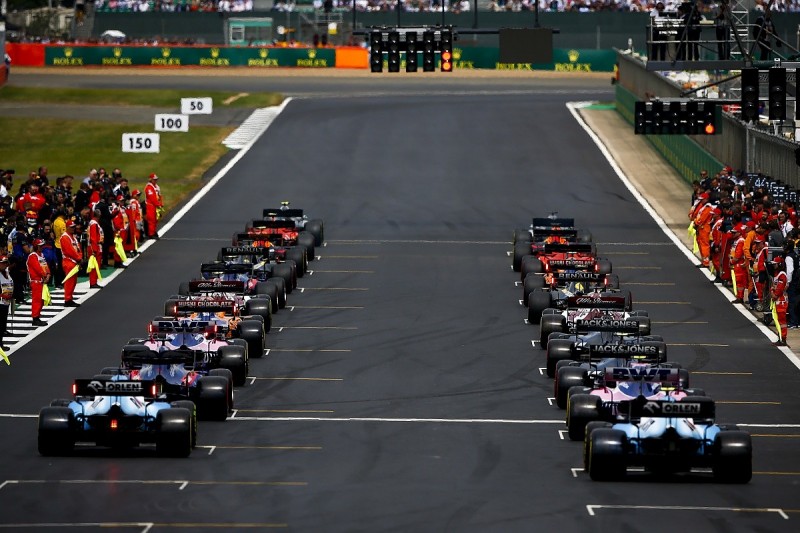 "I think it's most likely to be in Europe, and it's conceivable that it could be a closed event."

Asked why F1 has not been able to announce new dates while other series have, Brawn pointed out that F1 is more complex, and "felt it was better to wait until the situation stabilised before we present the calendar".

"We could achieve eight races by starting in October," he added.

"So if you wanted a drop-dead point, it would be October.

"But then there is always the possibility we could run into next year.

"That's assuming we finish this year. And that's being explored. Can we stray into January to finish the season? There are all sorts of complications, you can imagine, with that.

"But we have looked at all the logistics, and we think we can hold an 18 to 19-race season if we are able to get started in July.

"So the choice is anything in between those two numbers."

Brawn conceded that some races are less flexible on dates than others on dates, such a street races like Baku and Singapore, but believes events at permanent circuits could be organised quickly if the races are to be held without spectators.

Brawn confirmed two-day weekends are possible in order to ease travel congestion during a run of back-to-backs.

"We may have some two-day races in order to meet the logistical needs.

"But our guys along with the FIA and consulting the teams have got every permutation covered.

"Every permutation is being discussed."

F1 needs to be recalibrated to survive COVID-19 crisis - Todt