Valtteri Bottas says he would be happy to accept team orders from Mercedes to support Lewis Hamilton’s Formula 1 title fight against Max Verstappen.

Hamilton and Verstappen are separated by just five points at the top of the F1 drivers’ championship, with Bottas a distant 85 points off the lead in third place.

Mercedes has previously employed team orders to try and help Hamilton’s title bids, most notably at the Russian Grand Prix in 2018 when Bottas moved aside to allow his team-mate through to win.

It was a decision that Bottas later said was “pretty tough to accept” and that he would not do again, highlighted during the latest series of Drive to Survive on Netflix.

Mercedes gave consideration to possibly needing team orders at Monza two weeks ago. While it ruled out making any decision before the sprint race after locking out the front row, Toto Wolff said it would “presumably” have done so during the sprint race if required.

Speaking ahead of this weekend's race in Sochi, Bottas acknowledged there was a “reasonable gap in the points” at the top of the championship, despite making inroads on both Verstappen and Hamilton at Monza with third place when the title rivals both retired.

The Finn said that Mercedes had discussed potential scenarios surrounding team orders, and that he would be willing to “take one for the team” to support Hamilton.

“We have discussed many things internally, including different scenarios,” said Bottas, who will join Alfa Romeo in 2022 and be replaced at Mercedes by George Russell.

“Every race is always different. There could be times that we need to play as a team, and I need to take one for the team.

“At this situation, how the situation is, yes, I would do it, because we’re here as a team and really need to make sure that we win both titles, not only the constructors’, but also drivers.

“At the moment, Lewis has the greater chance for that, so that’s the situation now at the moment.” 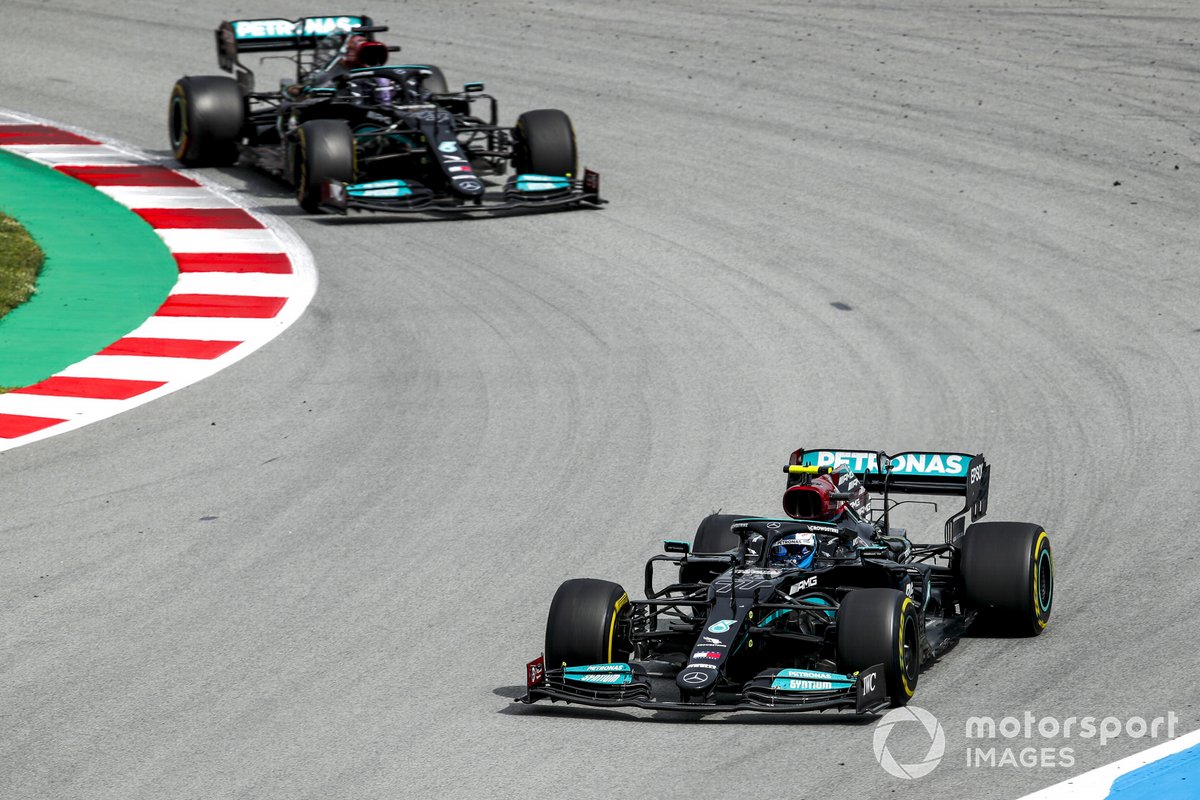 Bottas most recently followed team orders in this year's British Grand Prix, when Hamilton was recovering from his time penalty, allowing the seven-time world champion through en route to a late victory over Charles Leclerc.

Reflecting on the 2018 race in Russia, Bottas said that it was a different situation and that while it was difficult to take at the time, he has since moved on and grown from the call.

“That’s a few years ago, but at least now I can be fine with things,” Bottas said.

“At that point, yes, it was painful. And for me, it was hard to accept.

“But we’ve obviously moved on since, and also I’ve grown a lot since. Things are a bit different now.”