Mercedes will only be able to remove the wheelnut from Valtteri Bottas’s Formula 1 car upon returning to its factory after his race-ending pitstop issue in Monaco.

Bottas ran second through the opening stint of Sunday’s Monaco Grand Prix, sitting five seconds behind leader Max Verstappen when he came into the pits on lap 30 to change tyres.

But Mercedes was unable to get the front-right tyre off Bottas’s car, leaving him stuck in the pits. Despite the team’s best efforts, it was forced to retire the car, bringing the Finnish driver’s day to an early end.

Mercedes technical director James Allison explained how the nut had become machined to the axle by the wheelgun, causing it to get stuck.

“If we don’t quite get the pitstop gun cleanly on the nut, then it can chip away at the driving faces of the nut,” Allison said.

“We call it machining the nut. It is a bit like when you take a Phillips head screwdriver, and you don’t get it squarely in the cross of the screwdriver.

“You start to round off the driving face of the screwdriver slots, and then you just simply can’t take the screw out of whatever it is you are trying to take it out of because you have no longer got the driving faces.

“A very similar thing happens with our pitstop nuts if the gun starts spinning and chipping off the driving faces of the wheelnut.

“Given the power of the gun, you can end up with no driving face and you just machine the nut down to a place where there is nothing left to grab a hold of, and that is what we had today.”

Allison revealed that Mercedes was unable to get the wheelnut off the car at all, requiring a high-power drill to make the removal back at the factory.

“We eventually didn’t get the wheel off, it is sat in our garage with the wheel still on it,” Allison said.

“It will have to be ground off, get a Dremel out and painfully slice through the remnants of the wheel nut. We will do that back at the factory.” 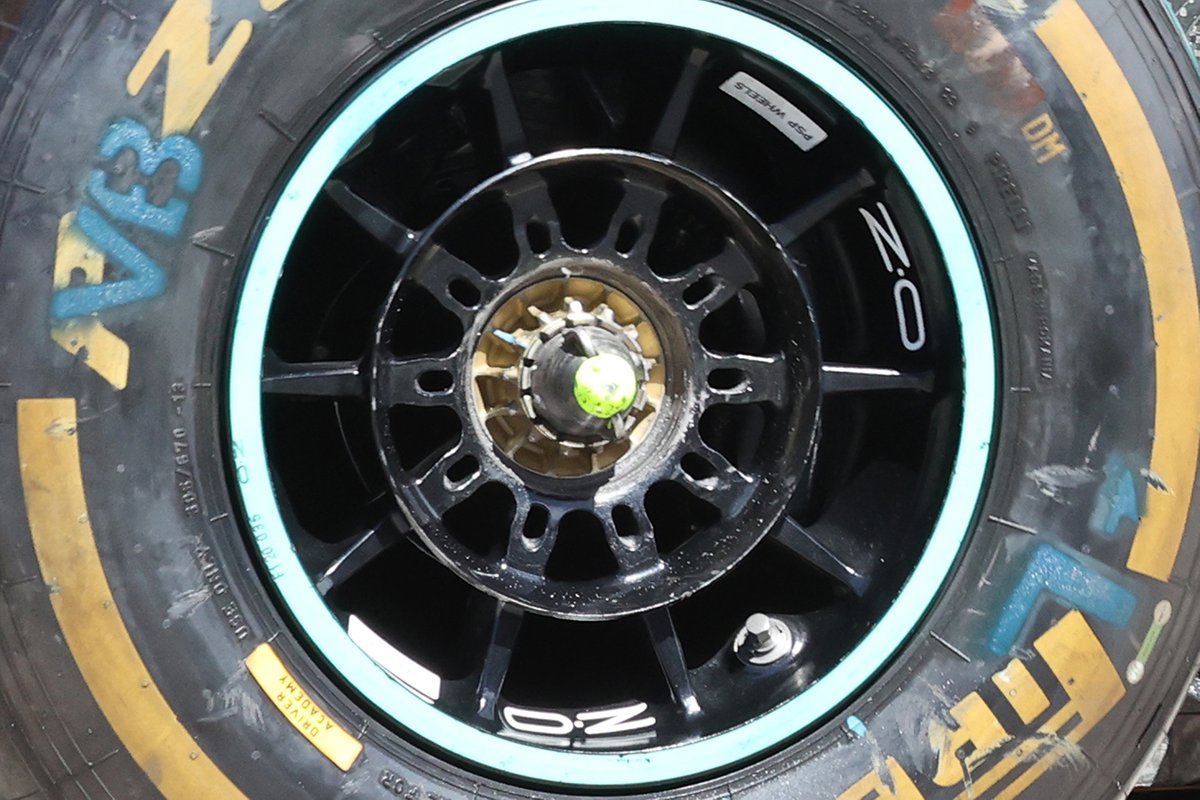 The wheelnut design on the Mercedes (pictured above) is not like those fitted on road cars.

Instead, it is custom built and is dome shaped. It features two vertical extensions that are captured by the wheelgun to rotate the nut on and off.

It was these extensions that were machined off during the Bottas stop and meant the gun had nothing to grab on to.

Bottas’s retirement cost Mercedes a likely podium finish in Monaco, allowing Red Bull to move into the lead of the constructors’ championship by one point after Lewis Hamilton could only finish seventh.

Mercedes team principal Toto Wolff said that there were “many factors” that contributed to the issue, refusing to put it down to a single error.

“And as a matter of fact, a mechanic that did that is one of the best, and one of the fittest in terms of pitstop speed, that the team has.