Valtteri Bottas believes the Formula 1 summer break would be a "good deadline" to get a decision on his future with Mercedes and stop it becoming a distraction.

Bottas is currently in his fifth season racing for Mercedes in F1, having routinely agreed one-year contract extensions with the team, the most recent of which expires at the end of the 2021 campaign.

Mercedes is set to be a focal point of the driver market silly season for next year as both Bottas and teammate Lewis Hamilton are out of contract, as is Mercedes junior George Russell, who currently races for Williams.

Hamilton has already suggested that he would like to continue racing in F1 next year with Mercedes, pinpointing the summer break in August as a time by which he wants a new deal to be agreed.

Mercedes was quick to sew up Bottas's future last year, announcing his new contract for 2021 at the beginning of August after just four races of the delayed season.

Bottas said on Wednesday ahead of this weekend's Monaco Grand Prix that while he was not thinking too much about his future yet, the summer break would be a good point by which to have a decision made.

"But to be honest, I haven't really thought about it yet. And that's an honest answer. 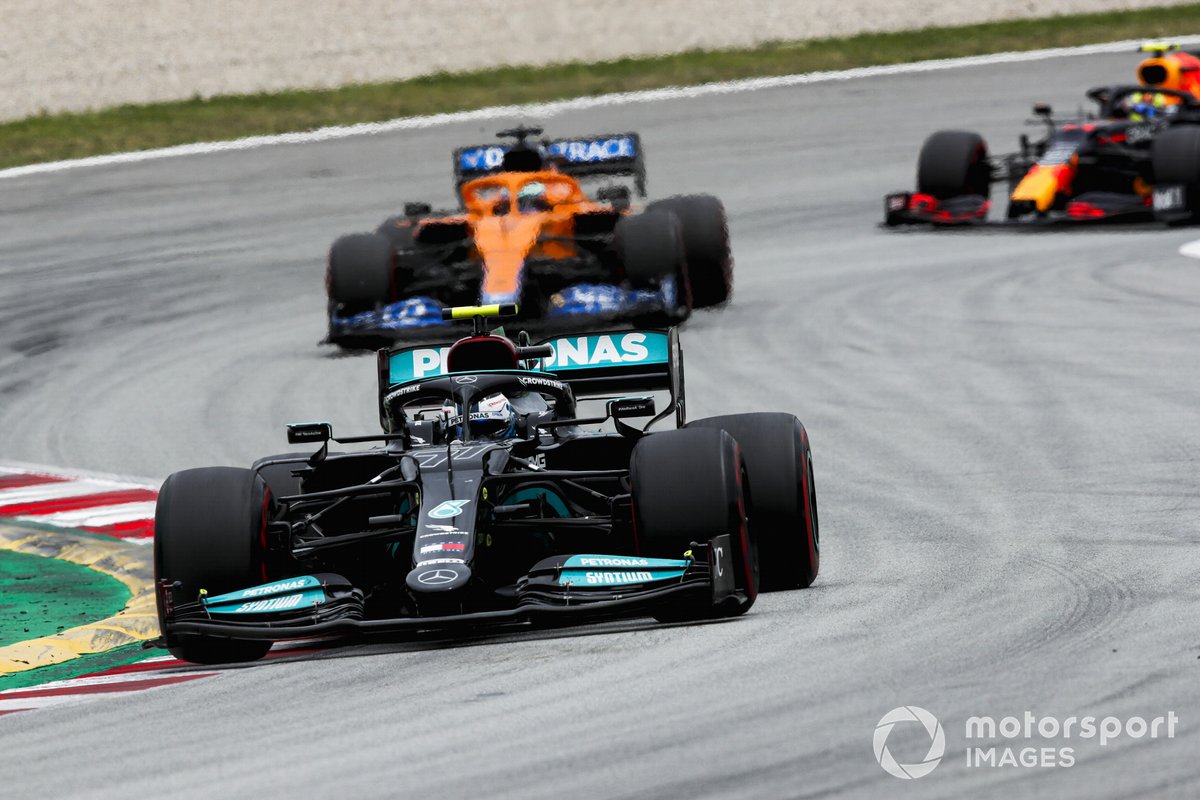 "I'm really just focusing on these races now and that moment when we start to talk it will come eventually.

"For sure about my future, yes, I think August break is normally a good deadline. But to be honest I don't want to think about it yet.

"I just want to win races, that's the only thing on my mind at the moment."

Bottas has failed to win any of the opening four races of the 2021 season, scoring only half of teammate Hamilton's points total.

Should Hamilton remain with Mercedes, Bottas's primary rival for the second seat is likely to be Russell, with the pair having spent one race at teammates in Sakhir last year.

Russell stepped in after Hamilton tested positive for COVID-19, and managed to lead Bottas for the majority of the race before a late puncture and pit error cost him a likely victory.

Russell said on Wednesday that he wants a multi-year deal with whichever team he races for next year.