The afternoon session got off to a slow start in Sakhir, with most teams initially opting for longer runs.

Alfa Romeo's Antonio Giovinazzi was the first driver to improve on his morning time, while Mick Schumacher, Lance Stroll, Lando Norris and Pierre Gasly made their first appearances of the day.

Just under an hour into the afternoon session, Bottas took over the Mercedes W12 from Lewis Hamilton after being limited to six laps on Friday due to a gearbox failure.

Halfway into the session, lap times started to tumble. Giovinazzi marked his 100th lap of the day with a 1m31.533s on softs to take first place, but was immediately overhauled by McLaren driver Norris, who set a 1m31.239s on the same compound.

AlphaTauri driver Gasly jumped to third with a 1m31.683s on softs right before the first red flag of the afternoon came out with 80 minutes to go, when the engine cover on Sergio Perez's Red Bull fell off as he moved to pass Nicholas Latifi's Williams on the main straight and disintegrated.

After a brief clean-up, a flurry of activity led to the lead changing hands several times. Giovinazzi went top with a 1m30.881s on soft Pirelli tyres, but Gasly instantly replied by going quicker still with a 1m30.825s on the same tyre compound. 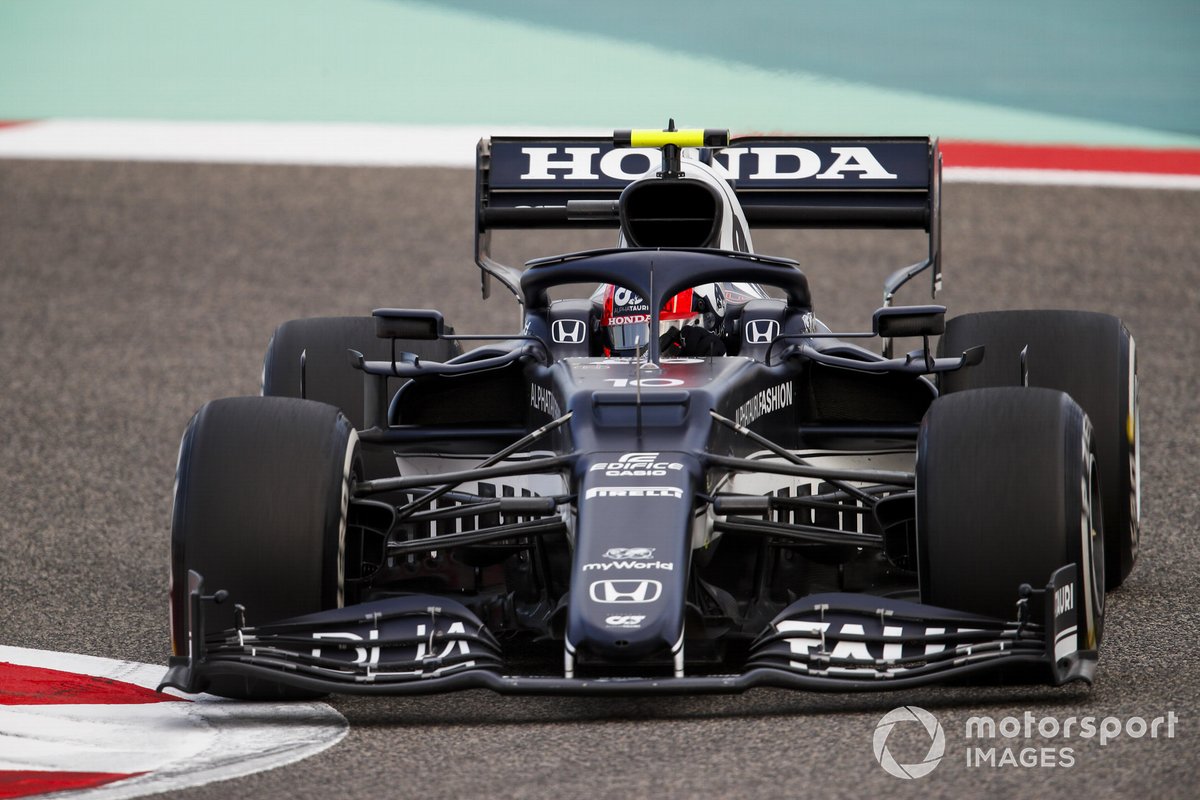 Norris then lowered the benchmark to 1m30.586s, only for Gasly to return to the top of the leaderboard with a 1m30.413s on Pirelli's softest C5 compound.

Meanwhile, Bottas had been making inroads with a 1m31.245s on unmarked medium tyres followed by a 1m31.172s on softs.

After a slow start on Friday, Mercedes got in a good number of laps on day two. Hamilton - who was 15th fastest overall - managed to complete 58 laps in the morning session despite losing time due to a spin, with Bottas bringing Mercedes' daily tally to 115 tours.

Stroll drove his Aston Martin, which had been parked in the garage for most of the morning with a gearbox issue, to third just 0.171s behind Bottas.

Norris' erstwhile leading time was good for fourth, while Giovinazzi secured fifth with a personal best of 1m30.760s on the softest compound.

With a new engine cover securely attached, Perez went back out and briefly demoted Charles Leclerc in the Ferrari, but a better lap time from Leclerc on C5 tyres moved the Monegasque driver back up to sixth.

Perez also had to yield seventh place to soft-shod Latifi, who had a highly productive day in the Williams FW43B, which also included an innocent spin under braking for Turn 1. 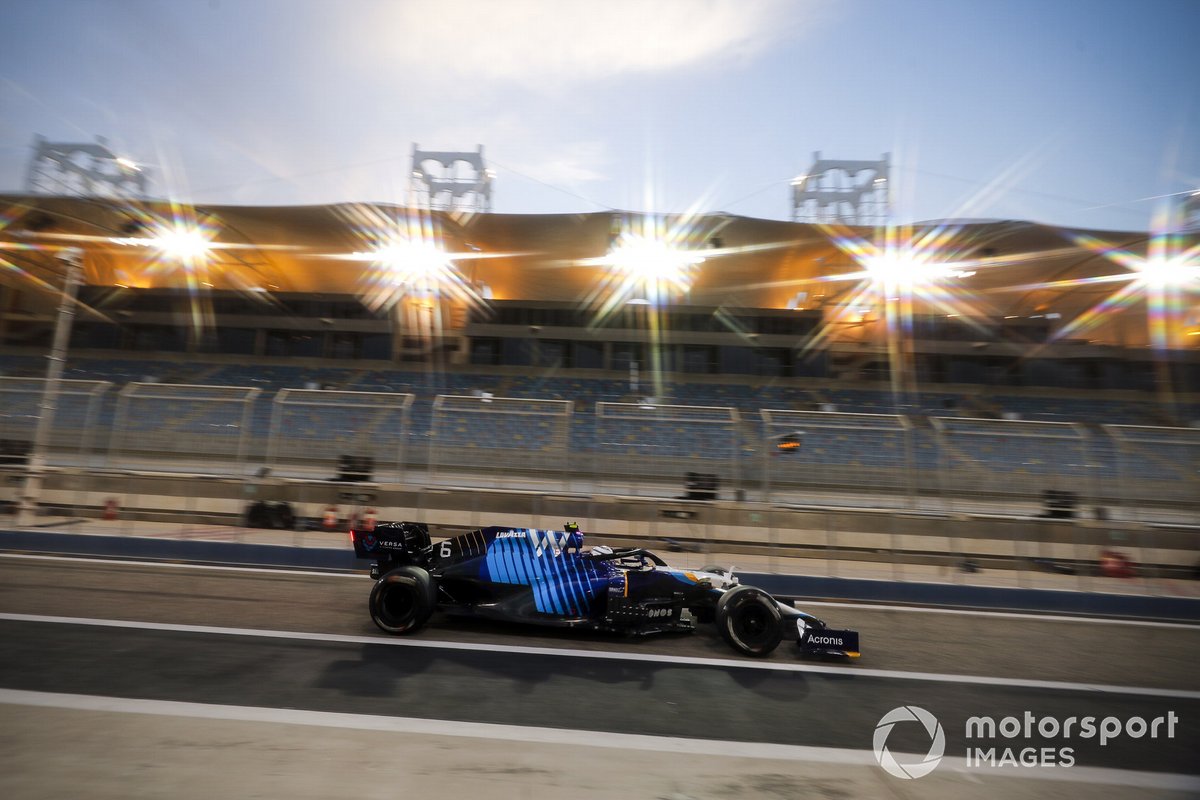 Daniel Ricciardo's leading morning session time was good for ninth on the day in the McLaren.

On his first appearance since fracturing his jaw in a cycling accident, Fernando Alonso completed a trouble-free 128 laps for Alpine to round out the top-10, setting his best time before lunch.

AlphaTauri's Yuki Tsunoda was 11th after his morning stint followed by Schumacher, who had taken over the Haas from Nikita Mazepin in the afternoon.

Morning runner Carlos Sainz Jr was 13th for Ferrari with Mazepin, Hamilton and Sebastian Vettel at the bottom of the timesheets. Vettel's gearbox issues limited the German to just 10 laps in the Aston Martin AMR21.

A late red flag for system checks brought the penultimate day of winter testing to a close, with two more four-hour sessions to follow on Sunday.