Lewis Hamilton says there is “no point getting worried” over Mercedes’ mileage after suffering setbacks on the first two days of Formula 1 pre-season testing in Bahrain.

Mercedes conceded after day one that it was “quite a way behind” on its programme after a gearbox problem in the morning and a balance issue in the afternoon caused it to slump to the bottom of the mileage charts.

The team bounced back on Saturday as Valtteri Bottas set the fastest time of the day, completing 58 laps in the second session.

Hamilton was also able to manage 58 laps in the morning, but lost time after causing a red flag when he spun off track and into the gravel at Turn 13. He ended the day 15th in the final standings.

Despite enjoying a more productive second day, Mercedes remains at the bottom of the combined mileage chart with 162 laps completed in total. The leading team is Alpine, which has managed 257.

But seven-time world champion Hamilton downplayed suggestions that Mercedes could be in trouble given its setbacks when asked how close the team was to becoming worried.

“It’s day two of testing, we’re just focused on doing our job, so nowhere near at the moment,” Hamilton said in the afternoon prior to Bottas beginning his running.

“I think we’re just focusing on trying to understand the car. There’s no point in getting worried just yet.

“Everyone is focusing on their programmes, and that is what we’re doing.” 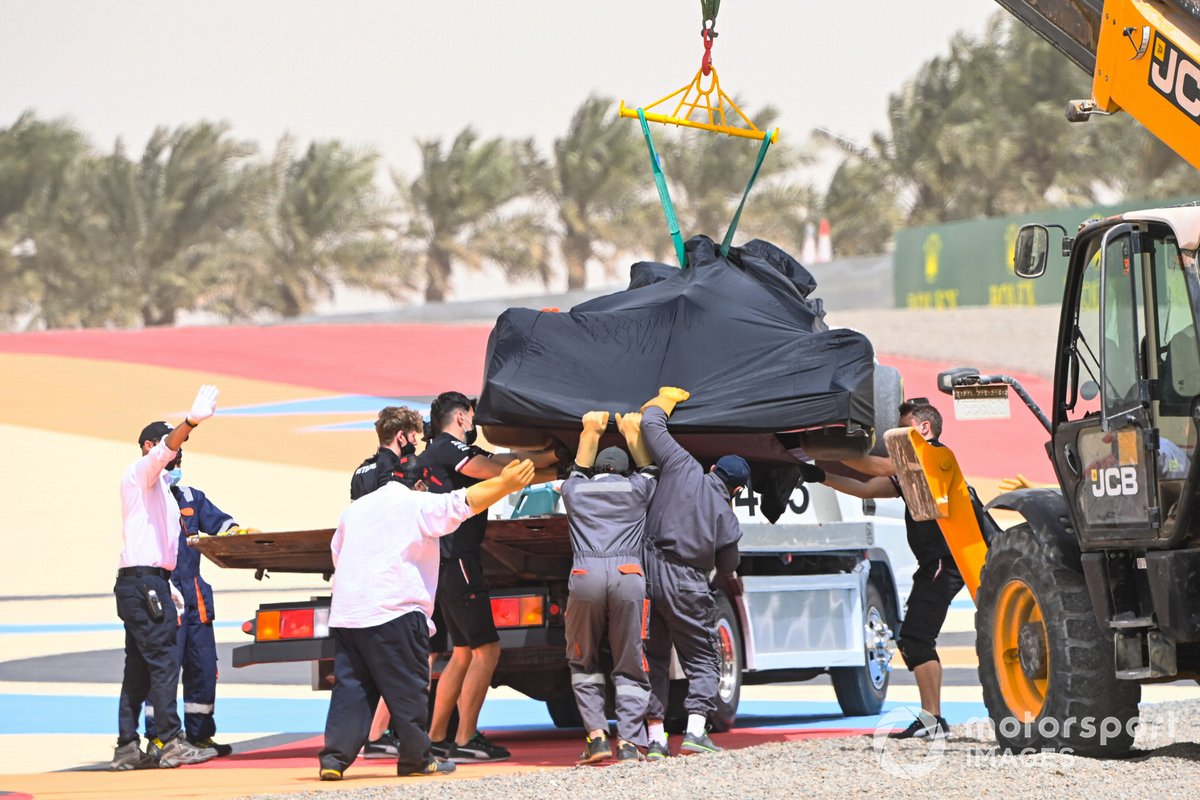 Hamilton said the Mercedes W12 car felt “pretty much the same” as it did during his first run-out, but was happier with the track conditions after a sandstorm marred Friday’s running.

He explained how the windy conditions contributed to his spin at Turn 13, which resulted in the first red flag of the day.

“Today the wind I think did a 180, so the track is a lot different today,” Hamilton said.

“Some places you can push where you couldn’t yesterday, and it’s very gusty, as I found out into Turn 13.

“So the rear doesn’t feel particularly great with this new regulation change, but we’re trying to find the sweet spot.”

Hamilton and Bottas will take one session each on Sunday to round out the Bahrain test. Mercedes is also planning a filming day in Bahrain next week prior to the grand prix at the end of the month.

Asked how useful testing had been to find areas for Mercedes to improve on the W12 car, Hamilton replied: “Compared to the past, it’s not been particularly useful.

"And Valtteri I think is about to go and do his first laps, so it’s not a lot compared to other test days we’d normally have, but we’re trying to be as efficient as we can be.

“We have less mileage than some of the others, like the Red Bulls, so far.

"We’re just trying to stick to our programme and manage the amount of laps that we have also, and try to be as efficient as we can.”