Valtteri Bottas is taking a grid penalty for the Formula 1 Russian GP after changing some Mercedes power unit elements overnight.

The team expects the Finn, who originally qualified seventh, will start from 17th place – which will put him three spots ahead of Max Verstappen, team-mate Lewis Hamilton’s title rival.

The strategic move gives Mercedes the opportunity to potentially compromise Verstappen’s attempt to charge through the field after the Dutchman took a complete set of new Honda power unit elements for FP2 on Friday.

Others with power unit penalties in Sochi are Nicholas Latifi in 18th and Charles Leclerc in 19th.

Bottas also took a new power unit at the last race in Monza, and the second change gives him extra elements with which to reach the end of the season.

Mercedes has suffered some reliability issues in recent weeks, and Bottas has also lost the use of a PU to accident damage.

Mercedes boss Toto Wolff hinted on Saturday evening that it would try something with Bottas for the Sochi race.

Before the decision was confirmed, Bottas - known as a Sochi specialist - believed that he still had a shot at victory from seventh on the grid. 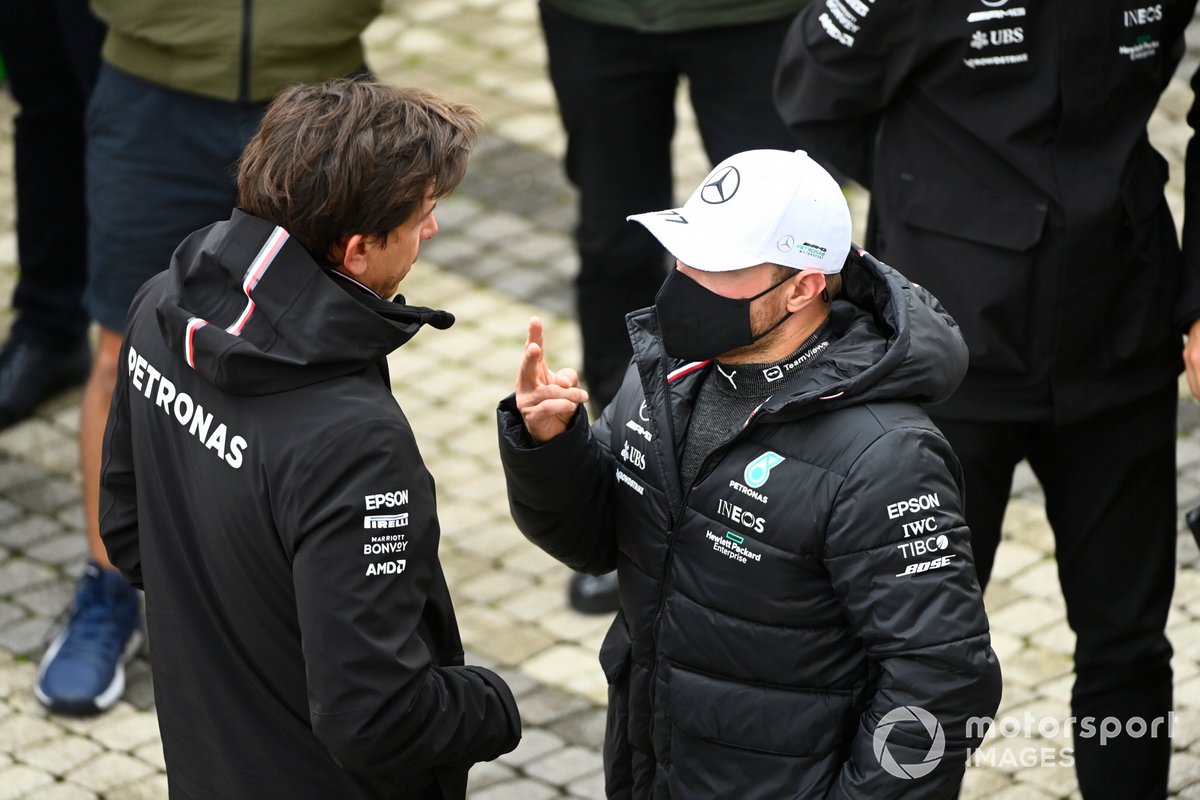 "It's big opportunity in the championship,” he said.

"It's still a big opportunity for us to get a lot more points than Red Bull.

"And I really believe we can still fight for the win, because based on the pace we had yesterday in the long runs, if it's dry race especially, we'll be there or thereabouts.

"So yeah, should be should be an interesting race."

Attention now turns to when Hamilton will have to take a fourth PU and thus face grid penalties. He lost his oldest example in practice in Zandvoort and has been juggling the other two since then.

“In terms of engines, I have absolutely no idea,” he said after qualifying in Russia.

“Of course I've lost one engine, Valtteri's had several. And there's been others that Mercedes have seen up and down the paddock.

“So right now my I'm trying to treat my engines, the ones that we put in, with the absolute care when I'm driving, in terms of how much I'm gassing it, how much I'm revving the thing, revving the nuts off it, just really trying to minimise the laps that I do. But who knows? I can't control the future.”