Valtteri Bottas says his 15th place in Friday practice for Formula 1's Azerbaijan GP is not representative and that new parts will boost Alfa Romeo's performance on Saturday.

The Hinwil-based team has a limited supply of the latest upgrades and opted not to put them on the cars of Bottas and Zhou Guanyu on Friday so as not to risk sustaining any damage.

Bottas expects the upgraded spec car to be faster on Saturday, and added that his best lap in FP2 was spoiled by a lock-up, costing time that would have put him on the edge of the top 10.

"I don't think it's the true picture of where we are," he told Autosport. "The fact is we don't necessarily have all the best bits on the car yet. And also on my last lap, I was four tenths up, but then I had a lock-up, and I lost all the time.

"So even with that I would have been quite a bit closer. Plus any improvements we can make for tomorrow. So it's going to be extremely close. We did quite a lot of set-up changes today, and towards the end, it was getting much better."

Regarding the new parts, he said: "My understanding is that they are here, but we don't have too many of them. So there's always a risk in these street circuits. I believe that will give us hopefully a bit of a step. But we also need to find more more than that.

"I'm sure we can do it, and I know we can still improve the set-up and everything. It's quite a sensitive track, but once you get the set-up right, then you can find quite a lot of laptime." 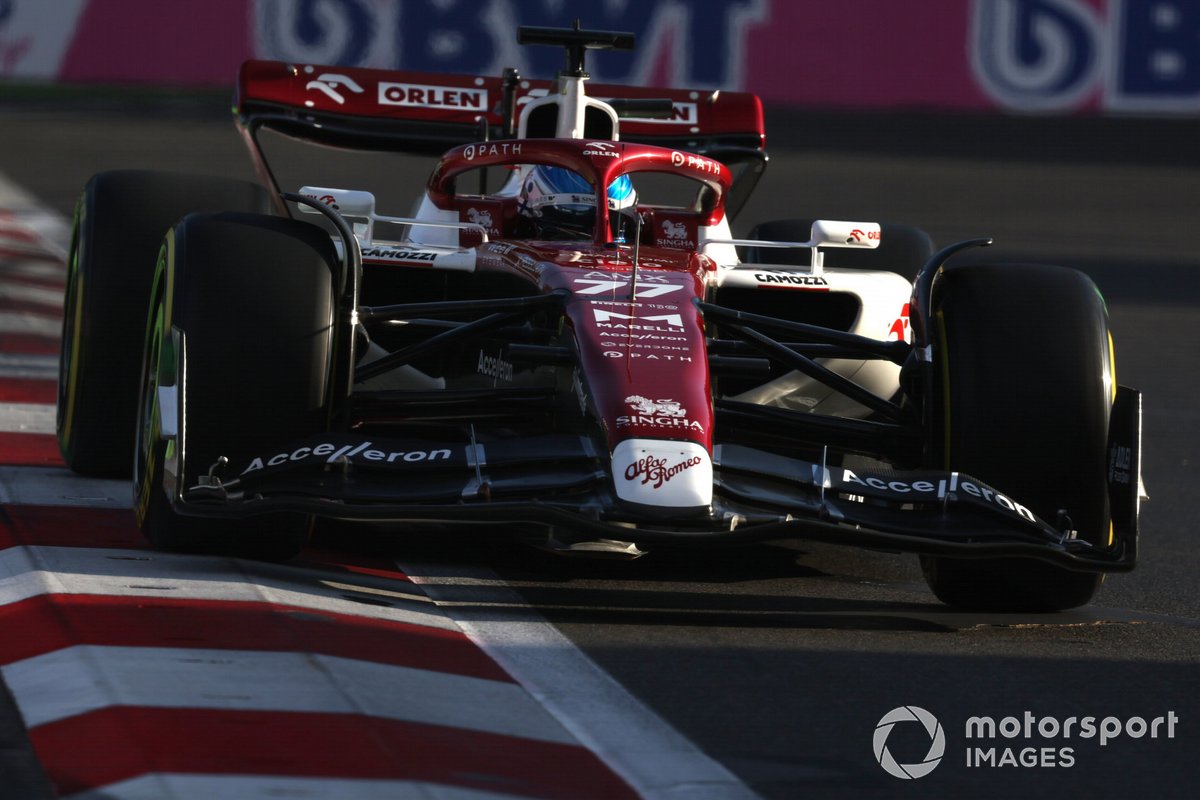 The team underperformed in the last race in Monaco after arriving with high expectations, and Bottas says lessons were learned.

"Monaco as a street track definitely wasn't easy for our car," he admitted. "But I think we learned quite a bit with the set-up. So if we can get everything right for tomorrow, I'm still optimistic we should be able to fight for a Q3 position.

"And I think the race pace, as always, should be okay. So I'm still optimistic for the weekend."

Zhou, who was just 0.149s behind Bottas in 16th in FP2, agreed that the new parts will make a difference.

"Obviously the result wasn't showing in the last few races," he said.

"But in terms of the pace, we definitely caught up quite a lot compared to my team mate, we closed the gap. So it's good today to see both sessions we were very close together.

"And I think today the main focus is that as a team, we need to just find some more speed. I'm quite comfortable that we have a few things that we're going to put on the car tomorrow which should be a decent improvement."

Like Bottas, Zhou also acknowledged that the team had learned from its Monaco frustrations.

"It was a struggle, but we sort of like figured out what happened after the weekend. Obviously it's too late. But nevertheless, this weekend is kind of slow speed corners again. Obviously a different layout, different surface, but I was quite comfortable in the car today.

"There's a clear picture of where we need to improve and that just will gain so much more speed. So if that fits for tomorrow we shall be fighting again with all the others for this midfield group."