The Frenchman enjoyed a strong first day of practice in Baku on Friday, as he ended the afternoon session in sixth position – just behind Ferrari’s Carlos Sainz.

And while a similarly strong showing in Monaco practice did not follow through to a good result in the race, Gasly thinks that his team’s potential is greater this weekend thanks to Baku not exposing the weaknesses in its package.

Asked by Autosport about the team's form so far, he said:“It's mainly the fact that we don't have really high speed content, because we just know that the peak of downforce in our car is not quite there compared to our main rivals.

“So as soon as we go to tracks which are lower speed corners, less need for the loads, maybe more mechanical [grip], then the car behaves better.

“So I think that's why coming to this weekend, we're a bit more optimistic. And also, after what we saw in Monaco, like sector two, these type of corners, we were pretty good there. It's a good start.”

While Gasly was mindful about Alpine’s pace, with Fernando Alonso setting the fourth fastest time, he had faith that AlphaTauri was firmly in contention against teams like McLaren and Mercedes for the top spot behind Ferrari and Red Bull. 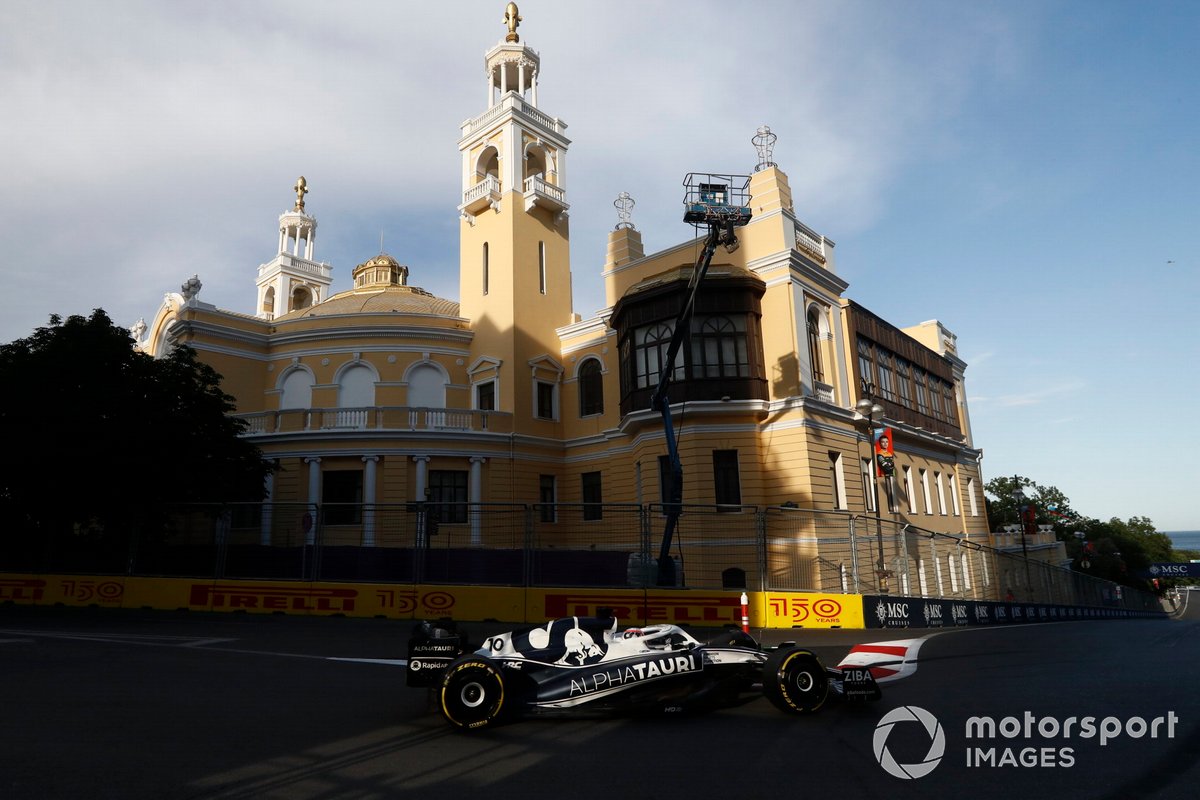 “Clearly, I think we are in the mix,” he said. “We are not alone. I mean, I'm quite impressed with Alonso, I must say, and it's like the straight line speed they have.

“He is there. Mercedes is there obviously, and we know [Lando] Norris when it comes to qualifying is also always right up there. So I think we're going to be a couple of cars, but at least we are in the mix.”

Gasly’s teammate Yuki Tsunoda, who ended the afternoon eighth, said that the opportunities offered by Baku needed to be grabbed by the team after it let a good result slip from its grasp in Monaco.

“I think we understand the car more and we kind of expect these kinds of performance,” he said.

“As a team we know what strengths we have for the car and weak points for the car. So we have a kind of idea as to how the car might behave on a track.

“At the moment it is only expectations. So yeah, I mean, we just have to maximise this opportunity to score points for the future.”