Valtteri Bottas says his recent upswing in results in Formula 1 has been helped by his future in the sport being settled.

The Finn spent much of the year fighting to show his Mercedes bosses that he deserved a fresh deal for 2022.

However, a run of frustrating races and the continued impressive form of George Russell meant that Mercedes elected not to retain him.

Instead, Bottas has secured a move to Alfa Romeo for next season, and he says getting that deal in the bag has brought with it a noticeable difference in his approach.

Since his future was announced ahead of the Italian Grand Prix, Bottas was fastest in qualifying at Monza and won the sprint race, scored points in Russia despite an engine grid penalty, and then started from pole and triumphed in Turkey.

In the last three races, he has scored 51 points in total, which is well clear of Max Verstappen’s 36 and Lewis Hamilton’s 35.

Reflecting on why he has hit a purple patch of form, Bottas said: “Well, I’ve had the confidence always really, but it’s nice to have a win and the reminder that you can win races. It’s been a while.

“But, to be honest, after Monza I’ve been feeling very relaxed in any case and been able to just focus only on driving, and for sure that helps.” 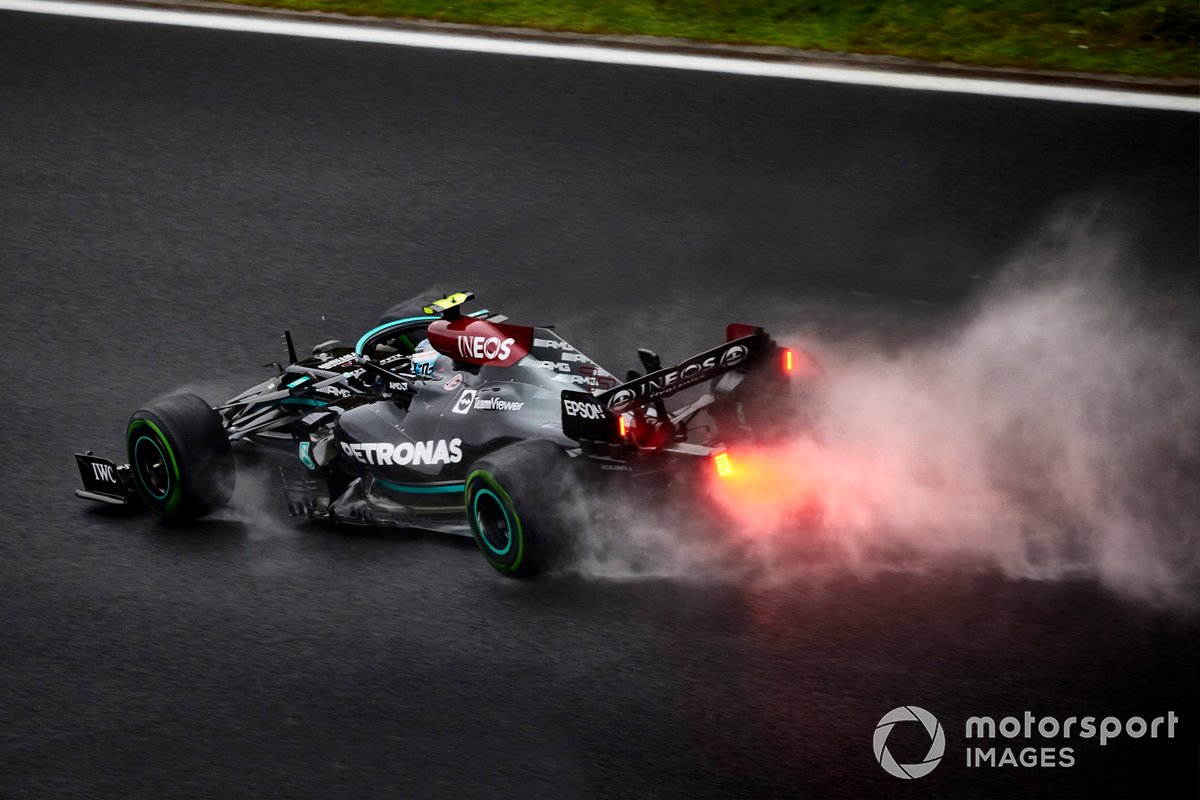 While Bottas will not be staying with Mercedes next season, he says that the attitude from his team remains the same as before, and he has not been frozen out of any technical meetings.

“I think the team has been good, nothing has really changed,” he said. “Everything is normal and the team has a good spirit overall, and we’re really motivated for the rest of the year and working hard as always.

“I’m in every meeting that I’ve been in before, in these five years. If there’s other meetings, I don’t know about those. So for me, everything is normal!”

Mercedes team chiefs have been full of praise for the way that Bottas has performed recently, with boss Toto Wolff not ruling out the Finn grabbing more victories over the remainder of the season.

“It may not be his last this season,” explained Wolff after Turkey. “What he delivered [in Turkey] was unbelievable. He started with an easiness from pole, pulled away, he was the quickest man on-track, the best in terms of tyre management, kept it always under control, scored fastest lap.

“This is a 10 out of 10, and he can play a vital role in the constructors’ championship. But also supporting Lewis, because only Valtteri’s performance prevented Max to score eight more points.”