The Ferrari Formula 1 team has questioned the current process for establishing the tyre specification for the season, following the debate over supplier Pirelli's thinner-tread 2019 rubber

Ferrari was among the teams lobbying for a mid-season return to last year's tyre construction, and its SF90 has been one of the cars that has been struggling the most with keeping the current-spec rubber in the right temperature window.

The proposal was ultimately shot down as a June vote yielded a 50:50 split, falling short of the required seven-team threshold to push through the change.

Speaking to Autosport, Ferrari team boss Mattia Binotto questioned the 70-percent threshold, arguing that it would've only made sense if it had also been a requirement for the original spec decision for the start of the year.

"The current process for me looks wrong," Binotto said. "Because, there were the tyres which are decided for the season, to change them you need 70 percent of the team in agreement.

"If we could first decide for the season what should be the spec at 70 percent [of team approval], that then I'm happy that we can revert at 70 percent.

"But here at the moment we have no power on, let me say, what could be the tyre choice for the season, and then we can only at 70 percent change it." 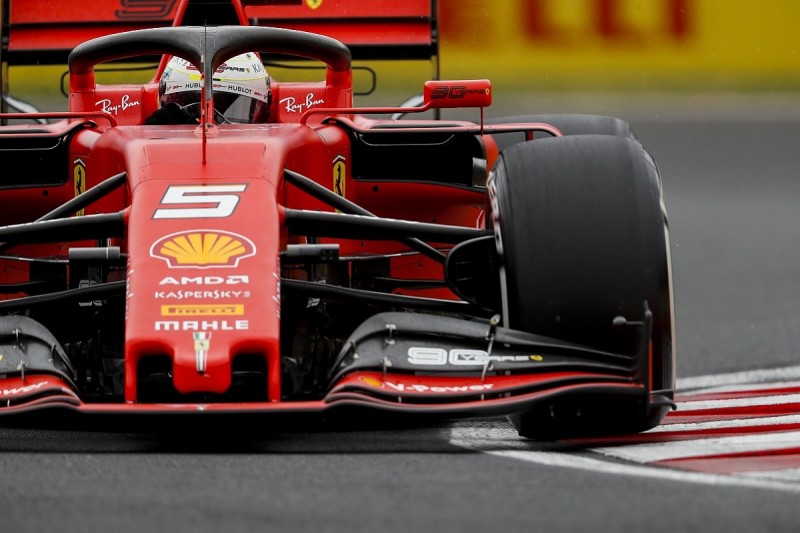 With it suggested that the tyre spec has hindered Ferrari and Red Bull's chances of taking on Mercedes, Binotto said earlier in the season that he felt "really ashamed" about the failed vote, as it was "a great opportunity to close the field".

He has stressed, however, that he was not looking to blame Pirelli, and has applauded its efforts to provide teams with target letters outlining tyre characteristics.

"It's nothing to do with Pirelli, I think they're trying to do their best," Binotto continued.

"We've got a target letter where we are trying to specify what should be the tyre specification, the target letter didn't exist in years [past].

"Today they're always trying to improve how to approach the technical exercise.

"In that respect again we cannot blame Pirelli.

"Certainly today the tyres are difficult to warm up, very narrow window, overheating when they are sliding or when you are behind another car.

"So is that something that should be done differently or improved for the future? Yes.

"Again, I don't think Pirelli should try to support or help a [particular] team, I think they should try to deliver the best product for the F1, then I think we should as well understand what's the best process, to make sure that we are not falling into a situation as we are this season."