Formula 1 will return to Spa-Francorchamps in 2023 after agreeing a one-year contract extension with the Belgian Grand Prix.

With Belgium's current deal running out and several new races joining the fray, Spa was one of several traditional venues under threat of dropping off a capacity 24-race 2023 calendar, which was conceived with room for just eight European races.

But uncertainty over Formula 1's return to South Africa and China has changed the picture in recent weeks, leaving promotor Spa Grand Prix hopeful an agreement could be found with F1 CEO Stefano Domenicali and his team.

On the weekend of what could have been Spa's last F1 race for the foreseeable future, both parties thrashed out a fresh one-year contract extension that will keep the popular circuit on the calendar in 2023.

A date was not announced but with Spa being a late addition to 2023 after being absent from previous concept calendars, it will likely cede its traditional end-of-summer spot and could now host the Belgian Grand Prix in July. 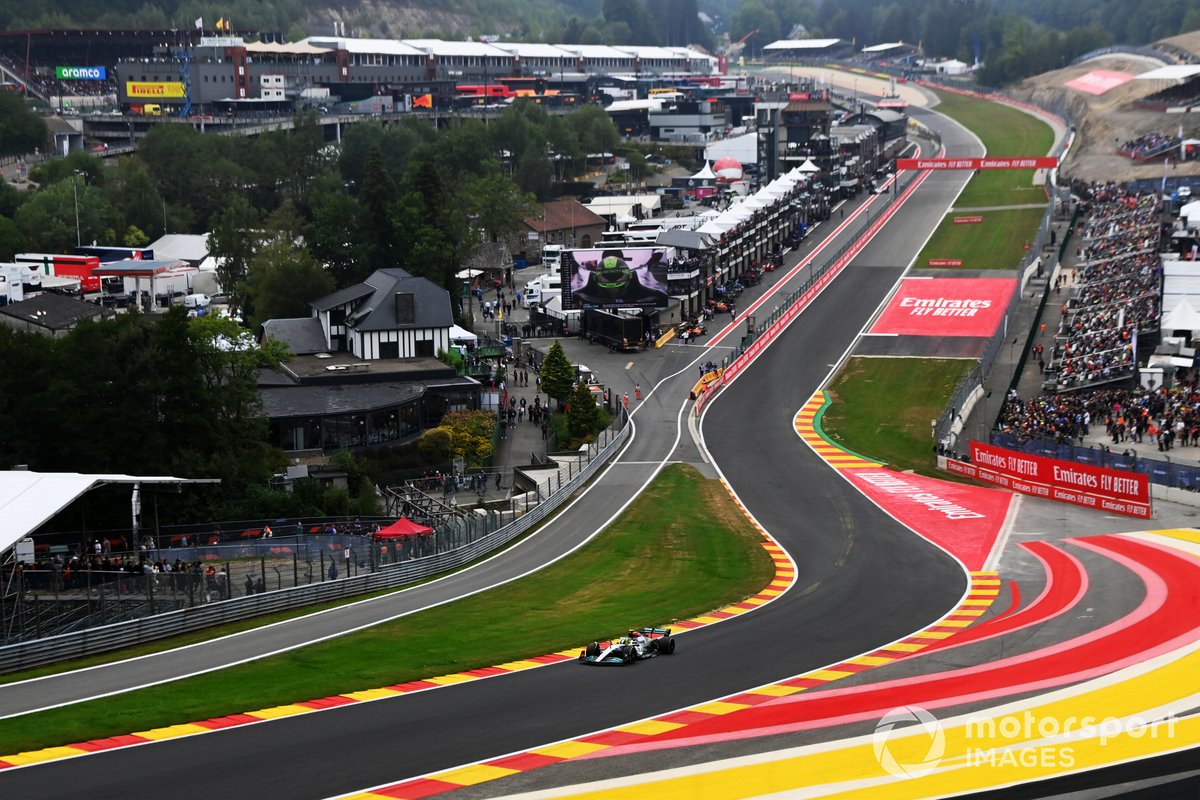 Spa's bid to earn a contract renewal included a concerted effort by the organisers to overhaul the circuit's ageing facilities and improve its historically poor traffic management. Spa Grand Prix has also pulled out all the stops to enhance the off-track entertainment at F1's request.

F1 CEO Stefano Domenicali told Sky Sports F1: “We have to congratulate the job [the organisers] did. You’ve seen the investment they did.

"You see the number of people that are coming here. Incredible crowd, incredible attention to the people, and this is great I think for the sport.

“We always said that the race is a part of our tradition, and it has a very important space in our calendar, and this is a fact that we wanted to share in this moment.”

Despite the one-year reprieve, however, Belgium's long-term future remains unresolved as the intense discussions over the past few months are poised to be repeated this time next year.

Hamilton: Mercedes can only "laugh off" F1 car struggles at this point