Alfa Romeo says the FIA's decision to classify the Belgian Grand Prix after three laps behind the safety car "hurts" everyone in Formula 1, and especially the fans in attendance.

The Swiss outfit was one of the big losers after half points were awarded for the small number of laps that were completed behind the safety car as rain hit Spa-Francorchamps.

Its main rival in the constructors' championship, Williams, managed to take away 10 points from proceedings, with George Russell being classified second and Nicholas Latifi taking ninth.

PLUS: The critical calls that led to the memorable moment of an infamous Spa F1 weekend

That double score means Williams has increased its advantage over Alfa Romeo in the standings to 17 points, a gap that is unlikely to be closed down over the remainder of the campaign.

In a statement issued on Monday, Alfa Romeo expressed its disappointment about the way that the FIA pushed on with making sure that the event could be classified officially.

"The decision not to race in these conditions was the right one, in the interest of protecting the safety of the drivers, the marshals, and the spectators themselves," it said.

"However, the situation would have been dealt with a lot more appropriately by not having at all the 'race' we witnessed yesterday: this outcome hurts us all, but in particular it hurts fans of the sport, who didn't get the show they came to see.

"We hope lessons were learnt yesterday, lessons that will improve the way we operate in the future and that put the supporters of our sport in the position they deserve to be.

"Once again, our genuine thanks go to all the fans – you were the ones to truly shine yesterday in Spa." 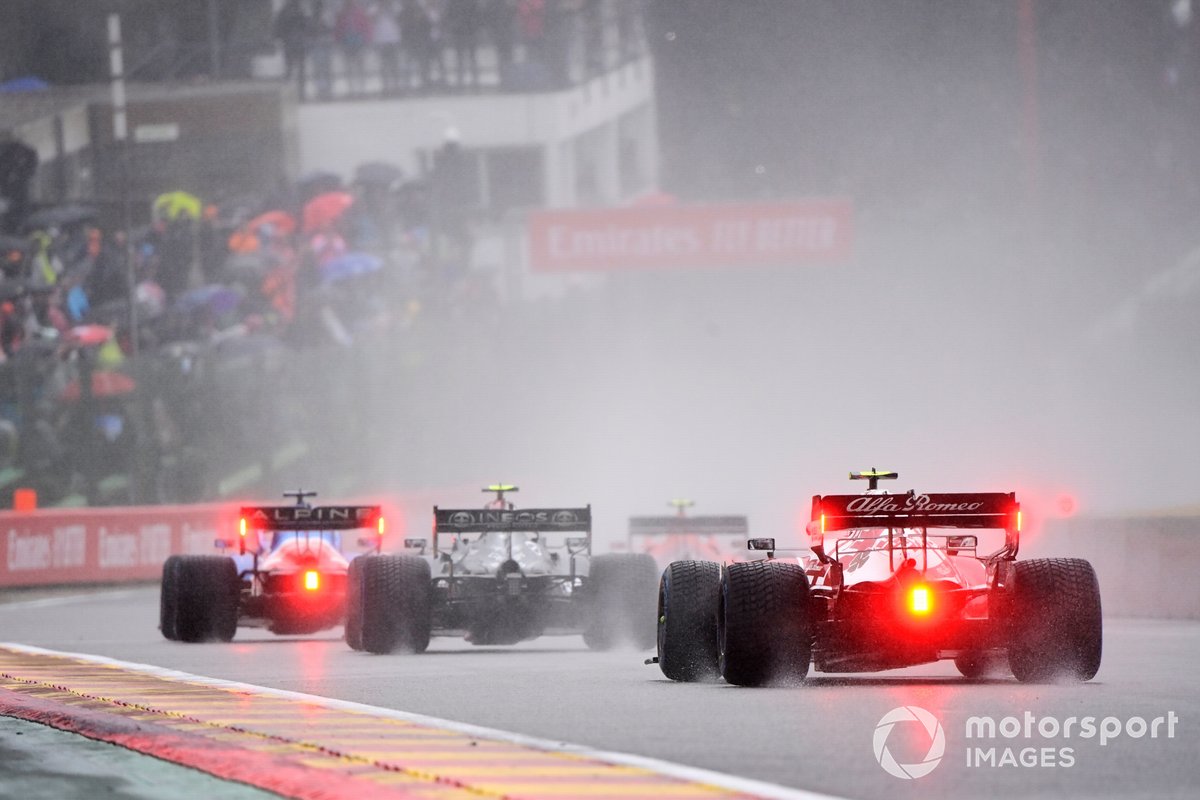 The rules that meant the race was called, and points handed out, have come under fire from various quarters, with double world champion Fernando Alonso labelling it "shocking" and seven-time champion Lewis Hamilton calling it a "farce".

It is understood that F1 CEO Stefano Domenicali plans to hold talks with teams and the FIA to discuss changes to the regulations to ensure that there is no repeat of events like this in the future.

Options could include ensuring that grands prix are only classified after proper racing laps are completed, or by having more contingency plans in place to run races at a later date if they cannot go ahead as scheduled.