Fernando Alonso says it was ‘shocking’ that Formula 1 points were handed out at the Belgian Grand Prix for two laps behind the safety car.

With bad weather at Spa-Francorchamps making it too dangerous for cars to race, F1 drivers were only able to complete some slow laps behind the safety car before the event was called off.

However, the two full laps and one lap into the pits were enough for the official result to be declared and half points handed out.

It is a situation that has left many within F1 unhappy, and it has emerged that F1 CEO Stefano Domenicali wants talks with teams and the FIA to discuss potential rule changes to ensure there is no repeat in the future.

Alonso said he fully supported the FIA’s decision not to go ahead and let cars race in the conditions, but he does not understand why what happened resulted in points being given out.

“I agree over the conditions, the only thing I don't agree is why they do two laps, and they give the points because we didn't race,” said the Spaniard.

“We didn't have the chance to score points, and many people [didn’t]. I'm P11, I didn't have any green light lap to score a point, so we didn't score. 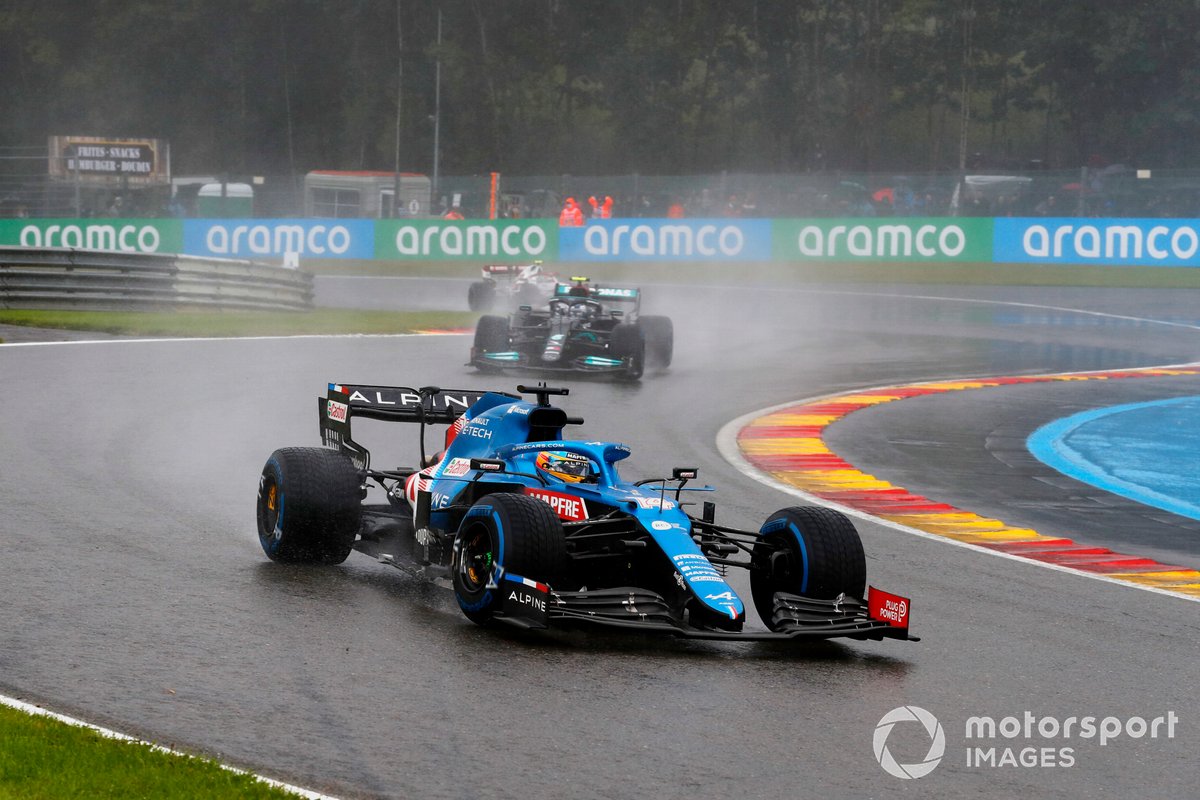 “So that's shocking. But that is their decision. So there was no way we could race today, as we showed. It was only a red flag situation or behind safety car situation, as we did. So how you can give points to a non-race?”

PLUS: What F1 must do for Belgian GP fans after Spa farce

He added: “They did the three laps just to give the points because the conditions were the same as before, so it was a strange show for sure.”

Alonso is not the only driver to have spoken out about the way that the FIA went ahead with the safety car laps to ensure a result could be declared.

World champion Lewis Hamilton took to Instagram on Sunday night to make it clear he was far from happy with how events played out.

As he labelled the turn of events a ‘farce’, he said: “Of course you can't do anything about the weather but we have sophisticated equipment to tell us what's going on and it was clear the weather wasn't going to let up. We were sent out for one reason and one reason only.

"Two laps behind a safety car where there is no possibility to gain or lose a place or provide entertainment to fans isn't racing. We should have just called it quits, not risked the drivers and most importantly refunded the fans who are the heart of our sport."