Bottas hit the front half an hour into the session, and later consolidated his position by setting his best lap of the morning using soft compound Pirellis.

But Ferrari's Antonio Giovinazzi, who drove for Sauber on Tuesday, then temporarily knocked him off top spot with 20 minutes of the morning remaining via a lap of 1m16.972s on hypersofts.

Bottas then reclaimed the position by 0.068 seconds five minutes later using supersofts, with his time of 1m16.904s not subsequently beaten.

Kevin Magnussen was third fastest for Haas, 1.370s off the pace using hypersofts.

Lando Norris, who drove the Pirelli test McLaren on Tuesday but moved into the team's own car for Wednesday, was fourth fastest.

He posted a best time 1.923s off the pace using medium rubber.

Jack Aitken, making his F1 testing bow for Renault, was fifth fastest and just 0.115s slower than Norris after using ultrasofts to post his time in the last hour.

Robert Kubica claimed seventh for Williams with 11 minutes remaining using hypersofts, relegating Force India driver Nikita Mazepin, who set his time on softs in the closing minutes of the session, to eighth.

All of this meant Stoffel Vandoorne, in the Pirelli test McLaren, was relegated from sixth to ninth place in the final hour of the morning. 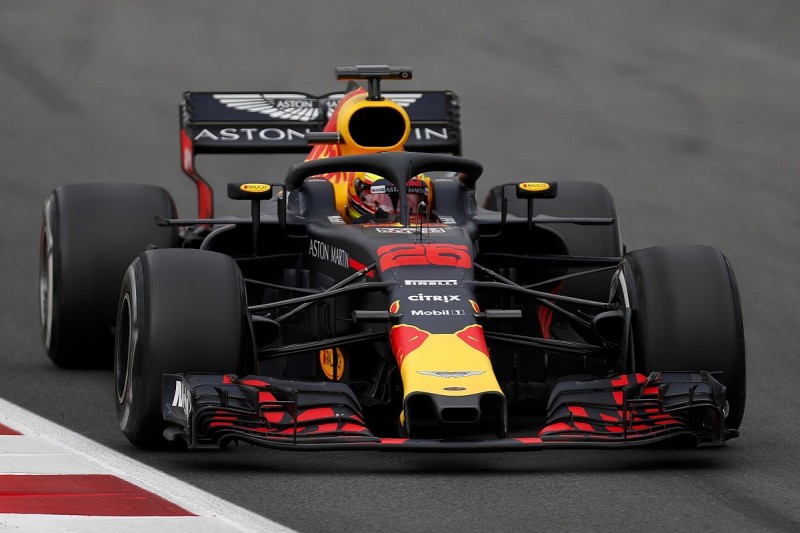 Jake Dennis had his first public taste of an F1 car for Red Bull to augment his simulator work for the team.

He previously tested a McLaren behind closed doors in 2013 as part of the McLaren Autosport BRDC Award prize, and this morning concentrated on running the medium tyre.

Sean Gelael returned for a second day in the Toro Rosso, ending up 11th using soft rubber, ahead of Nicholas Latifi.