The Azerbaijan Grand Prix's promoters say they're not worried about Formula 1’s plans to add a new race in Miami to the calendar next June, amid a rising race count.

The Baku City Circuit will stage its fifth F1 race next month as Azerbaijan returns to the calendar following its COVID-enforced cancellation last year.

It will mark a return to the race’s favoured June date slot, having been staged in April in both 2018 and 2019 prior to the start of summer in Baku.

F1 announced last month that the Miami Grand Prix would be joining the calendar in 2022, and is anticipated to be held in June, potentially paired with Canada.

However Baku City Circuit executive director Arif Rahimov said the event promoters had zero concerns about Miami’s addition to the calendar and its impact on the Azerbaijan race, saying that even a back-to-back would be possible.

“Being close to us in terms of being in June, we’ve flown from Baku all the way to Canada before,” Rahimov said.

“So doing Baku-Miami is not further to race, it’s almost the same distance. We’ve done it before.

“If they’re in June, they can be back-to-back with Canada, which is logistically possible and not extremely complicated. It’s even less complicated than doing Baku-Canada or Baku-Miami.

“We haven’t even started the conversation about the next year and where we want to be next year, because there were so many back-and-forths about this year’s race, about all the new things that would be in place. 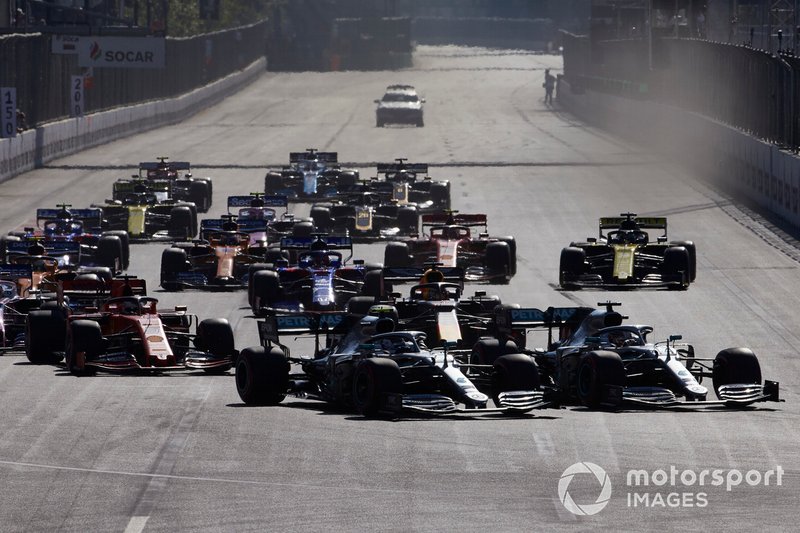 “But in general, if we’re close with Miami or Canada, I think it’s a bit of a problem for people like you who would travel from one race to another.

“For us, it’s a little bit of a problem trying when we’re winding down and demobilising the circuit. But it’s doable.”

F1 is yet to announce its plans for next year’s calendar, but is edging closer and closer to a total of 25 races that had been floated by Liberty Media as a target in recent years.

Concerns have been raised about the impact of more races on the calendar and a possible saturation it could cause, but Rahimov said he felt no present concerns for Azerbaijan.

“For live crowds, it depends on the regions where they’re going to do the race,” Rahimov said.

“Or CIS countries. We have a lot of spectators from Russia, if they’re going to be diverted to a different city, that’ll be a problem. But spectator-wise, it’s all regional. It depends on where those additional races are going to happen.

“I’m very confident they’ll always watch our race, because our race is the most fun to watch.”