The Woking team headed to Baku knowing both Fernando Alonso and Stoffel Vandoorne would start at the back of the grid because it would fit new Honda power unit elements, having notified the FIA of some of those changes on Monday evening.

Alonso has accrued 40 places of penalties for using his fifth V6 engine on top of a new MGU-K, MGU-H and turbocharger, while Vandoorne has picked up 35 places.

McLaren has also struggled for pace, with Alonso 2.334s seconds off the pace in Q1 in 16th and Vandoorne last - meaning neither escaped Q1.

"I'm a racer like these guys [Alonso and Vandoorne], so this is the most painful weekend I've ever had, I think," said Boullier.

Having used swathes of components already with McLaren facing another 13 races this season, multiple grid penalties will be inevitable.

Boullier says he is not thinking about the future, but instead focusing on making the best of the McLaren-Honda package as it evolves.

"I don't think about it," he said. "Just race-by-race, and upgrade-by-upgrade, and we'll see," said Boullier.

But Boullier did say he could see improvements from the 'spec three' Honda V6 engine run by Alonso during Friday practice but that was taken out for Saturday's running. 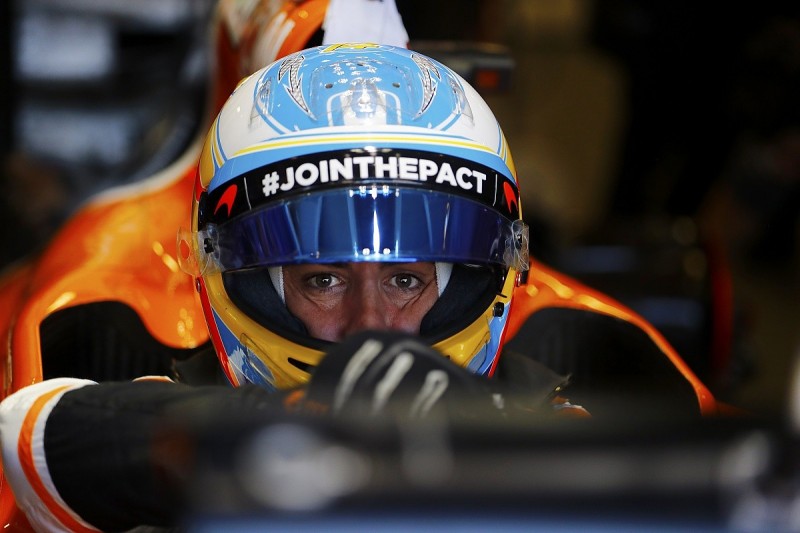 Alonso stressed that while McLaren did not focus its efforts on qualifying, given it was always going to start at the back, he does not expect a big improvement in the race and is hoping for incidents ahead to boost the chances of a points finish.

"We knew that we would start last, so our aim today was to do a good qualifying just to check the car and low fuel but the result was not very important," said Alonso.

"It has been a difficult weekend, we've never been in the top 10 in any of the sessions, we know it's going to be tough tomorrow again.

"The race is going to be long with so many mistakes from all of us, so we need to stay away from the walls tomorrow and hopefully finish the race with a good result."

Vandoorne hinted reaching Q2 might have been possible had he got as good a tow as he did during Saturday's free practice session.

He was 0.713s off the slowest of the drivers to escape Q1, Pascal Wehrlein in 15th, so a gain that he estimated at seven-to-eight tenths could have been enough.

"The last lap I had a bit of traffic and didn't get a tow onto the straight, " said Vandoorne.

"I don't know if we would have been able to get into Q2. It's difficult to say how much time we lose on a lap, but during FP3 we had a tow and gained seven to eight tenths."