Red Bull Ring marshals have defended their handling of Carlos Sainz’s fire at Formula 1’s Austrian Grand Prix last weekend, after criticism over their response to his flaming Ferrari.

Sainz was forced out of the Spielberg race in the closing stages after suffering a catastrophic engine failure, which triggered a blaze on his F1-75.

The flames took hold of the car, and Sainz was one of several people suggesting that the incident could have been dealt with more swiftly.

Speaking afterwards, Sainz said: “I was calling the marshals to come and help me, to put something on the tyres to stop the car rolling down but I think the whole process was a bit slow.

With the Sainz incident having prompted debate, the official safety crew at the Austrian track has issued a statement explaining why all procedures were followed correctly – even if it appeared that things had been slow.

Primarily, it stated that the first issue at stake was the fact that marshals are not allowed to attend to incidents until they have been given the go-ahead by race control.

“After the terrible accident of Jules Bianchi in 2014, the FIA's rules regarding recoveries and interventions on the track have been drastically tightened,” said the statement.

“Intervention is only allowed after instructions from race control. On the one hand, this naturally increases the safety of the drivers and marshals, but on the other hand, it has the disadvantage that interventions take a little longer.” 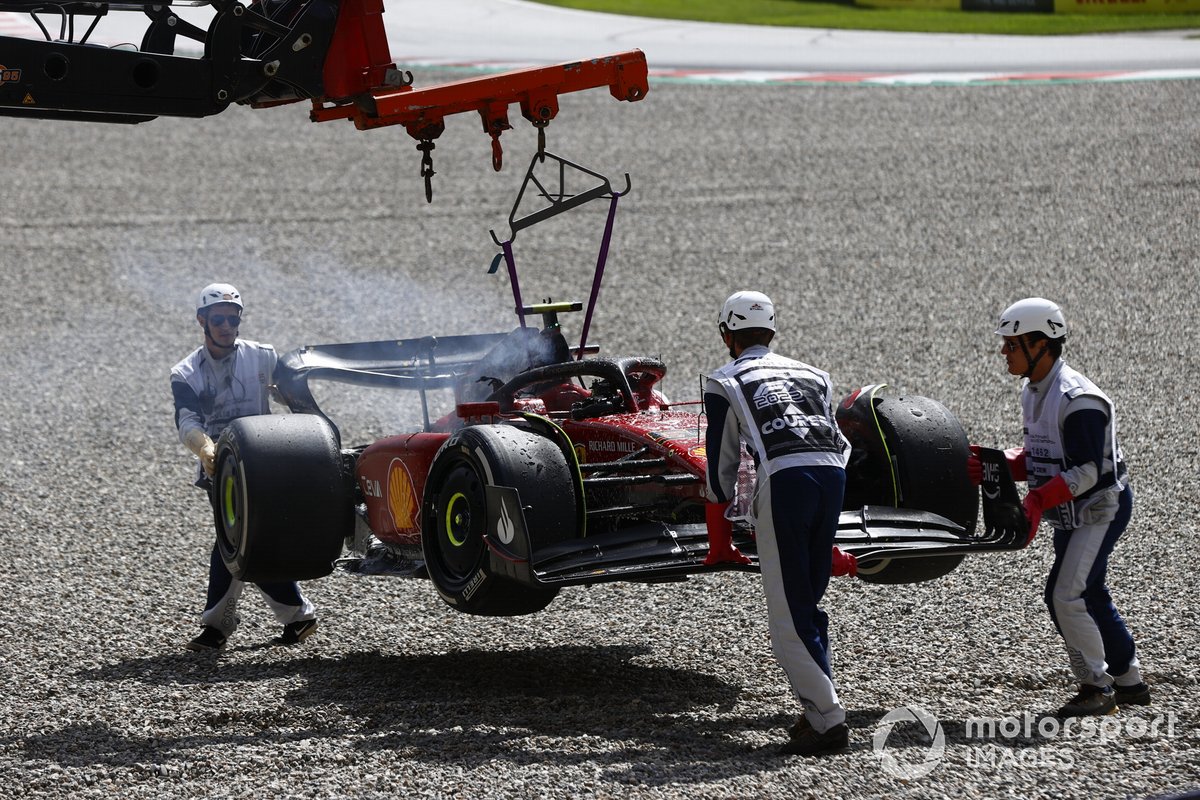 The marshals also explained that there were a set of unique circumstances which meant the fire had to be dealt with by a vehicle rather than fire extinguishers carried by individuals.

“The place where Sainz parked the Ferrari was not visible from the marshals' stand. They received instructions over the radio to go to the car with fire extinguishers, and when they saw the situation, they made the decision to call in the fire engine (S-car).

“This decision had to be made within seconds and, in retrospect, was absolutely correct. If you remember [Romain] Grosjean's accident [at the 2020 Bahrain GP], in a situation like that, hand-held fire extinguishers are absolutely not enough.

“Therefore, the fire extinguisher was turned off and the car was [left], which led to that unfortunate image on TV of the marshal "running away".

“Another problem was that Sainz, understandably, became nervous in the vehicle and went off the brakes too early. The wedge had to be pushed under the rolling vehicle, which of course made the whole thing extremely difficult.

“However, due to the resistance of the wedge, the vehicle steered in and stopped at the guard rail. Afterwards, the fire could be extinguished with a few pushes of the extinguisher.”

The marshals admitted that improvements can always be made in how things are handled, but are adamant that they did nothing wrong in terms of the following the correct procedures to deal with the fire. 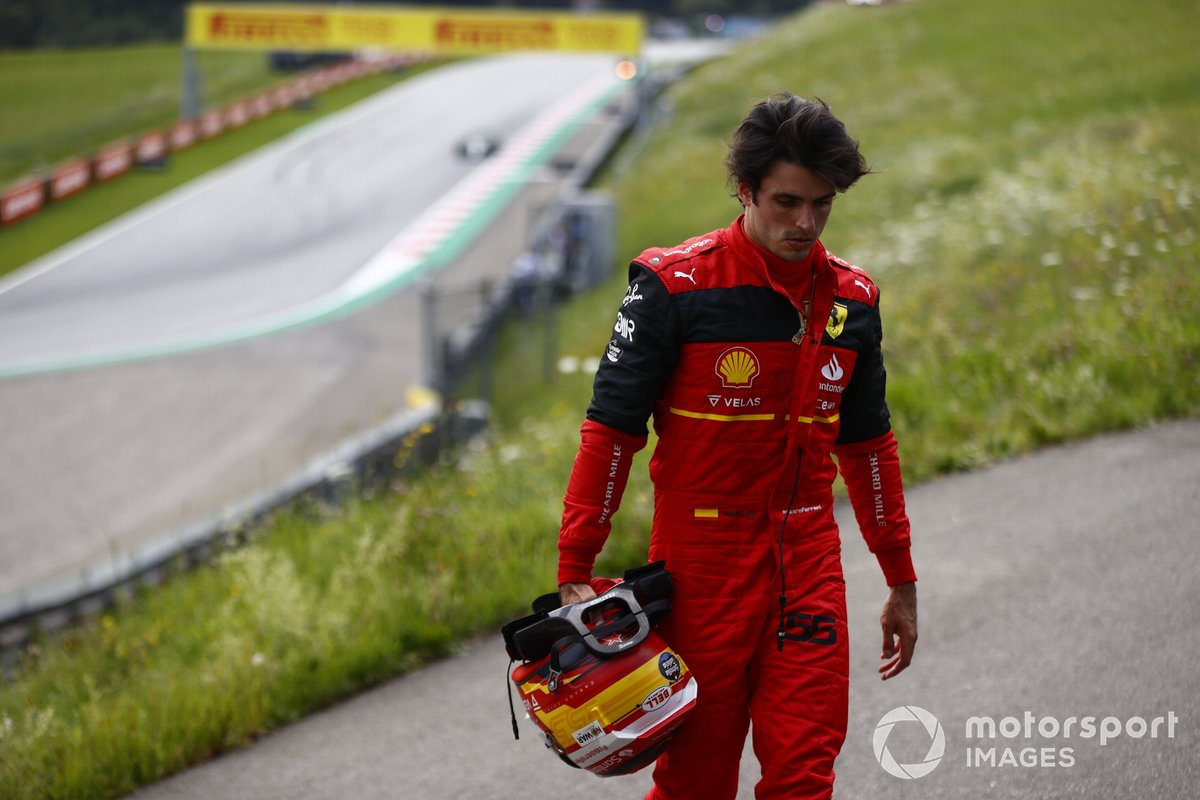 “Of course, in retrospect, when you look at the TV pictures and recordings from the track cameras, you find things that need to be improved. We will also discuss these internally and together with our people.

“But in this exceptional situation, because a fire is not an everyday occurrence for us either, the marshals reacted well on the whole.

“We had a fire engine on the scene in less than 30 seconds, which would have brought a fast-spreading fire under control. Since Grosjean's accident, it is very important for us to have a lot of "extinguishing power" on the spot immediately in order to protect the driver in the best possible way.

“Another emergency vehicle was already standing by and a third was on its way. Even if Sainz had not come out of the vehicle on his own, we would have been able to protect him in the best possible way.

“We are a team of motorsport enthusiasts who sacrifice their free time for training and exercises in order to do our best for safety along the track at such events.

“We will also take this incident as an opportunity to improve further.”