Williams is struggling more in wet conditions than in the dry, according to Felipe Massa

The Brazilian will start Sunday's Australian Grand Prix from ninth place on the grid after qualifying one position ahead of Valtteri Bottas, who will line up 15th thanks to a grid penalty.

But after Williams showed promising pace both in testing and during practice, Massa put the team's relatively disappointing performance down to the conditions.

"Q1 was good in the dry and I think normal conditions are better for us," said Massa when asked by AUTOSPORT about qualifying.

"The car was not easy to drive in the wet so I was struggling massively with the rear stability.

"We're just missing downforce on the rear. It's something we know about and we're working on that."

Massa added that the car became progressively less competitive as the conditions worsened.

But he believes that in dry conditions on Sunday Williams will be able to climb the order.

"In the extreme conditions, we are struggling a lot more. From Q2 to Q3 we were much slower compared to the others.

"It shows that we're not really where we expected in the rain.

"But it doesn't take our confidence or motivation that we can have a good race tomorrow away. 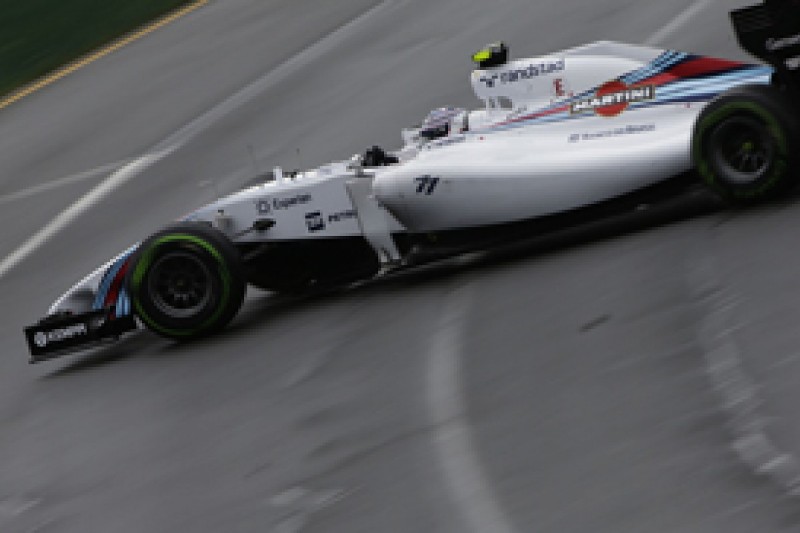 "I think a normal race in normal conditions can definitely be different to how it was in qualifying."

Bottas echoed Massa's sentiment, adding that he struggled with the rear end snapping away in the wet conditions.

The Finn suffered a spin at Turn 1 during qualifying (pictured) and also had an off-track excursion.

"For us, it looks like at the moment the drier it is, the better it is for us but we need to understand that because in future there will be more rain.

"It is quite snappy, we are struggling with the rear end and the more grip in the track helps us with that.

"I had some big moments there, but I would guess everybody did."