From the outside looking in, for all the world it must appear as if the Formula 1 paddock decided to gang up on young Max Verstappen ahead of this weekend's Canadian Grand Prix

Following the shunt that turned the Monaco Grand Prix on its head and was the catalyst for Lewis Hamilton's fall from being a nailed-on winner to a how-did-that-happen third place, Verstappen has found himself in the spotlight.

It was certainly a spectacular accident, with the 17-year-old careering into the right-rear wheel of Romain Grosjean's Lotus, sending his Toro Rosso hurtling nose first into a barrier at Sainte Devote.

The incident sadly blotted Verstappen's copybook for his maiden outing around the streets of the principality, given his superb performance in finishing second quickest in first practice and 10th in qualifying.

It was a brave, bold attempt at an overtake from Verstappen, but then he had passed Grosjean's team-mate Pastor Maldonado at the same point on the circuit earlier in the race.

Second time around, it was an error of judgment, and it cost him dear.

So why the stern criticism from Jenson Button, Grosjean and Felipe Massa? The latter pair, of course, have their own history of incidents...

Perhaps Verstappen's age, and the fact he can get behind the wheel of one of the fastest cars on the planet yet legally still cannot drive unaccompanied on public roads, still makes the more experienced hands bristle. 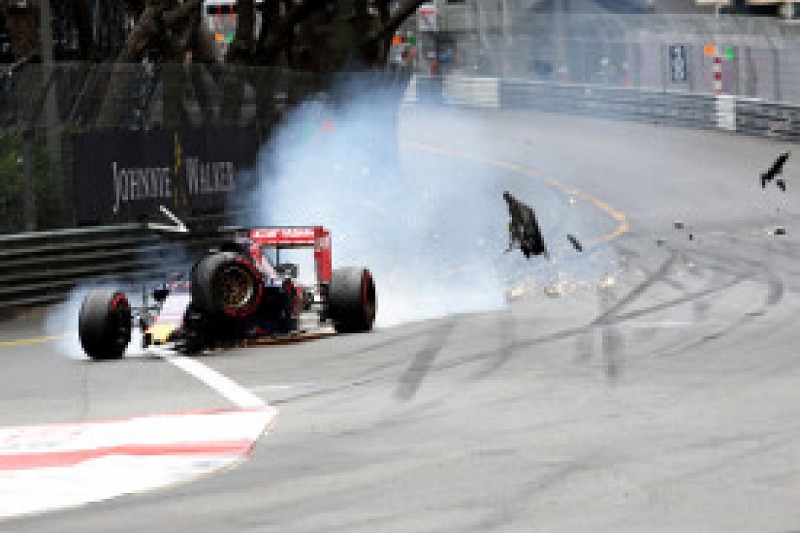 In the immediate aftermath of the crash Massa, often fairly opinionated when it comes to viewing the conduct of other drivers on track, suggested Verstappen's driving was "pretty dangerous", before nailing his colours to the age-debate mast by then adding "experience counts in Formula 1".

Massa stood by his remarks in Thursday's drivers' press conference when asked, yet Verstappen managed to reply in kind by suggesting the Brazilian should "review the [Montreal] race from last year".

It was a cute comment about Massa's 2014 smash with Sergio Perez, but Verstappen has to be mindful of his quick wit because it was his loose tongue that proved his undoing post-Monaco.

To suggest he was braketested by Grosjean was a gross error of judgment, and on that Button was correct to criticise Verstappen because as the veteran noted "we're all grown-ups and we don't do things like that in Formula 1".

Verstappen will learn being media savvy comes as part of the job description of 'Formula 1 driver', particularly in a world where journalists feed on every word.

Where Verstappen needs to learn, and this was the point being made by Grosjean - in a considered way without any malice to his words - is from his mistakes, and with a degree of humility into the bargain.

Grosjean was not only disappointed by the braketest remark, but also by the fact Verstappen offered no apology for clearly being at fault given the stewards found him guilty.

Though involved in more accidents than most throughout his career, Grosjean has since matured on and off the track.

Verstappen will surely follow suit because with age comes experience, because it has to be remembered that despite the adult environment he finds himself in, he is still a head-strong teenager at the end of the day.

Remember when you were all bolshy at that age, believing you were always in the right and everyone else was wrong?

That's likely the way Verstappen feels at times, such as was the case in Monaco.

His peers right now are simply behaving like a parent trying to teach their errant teenage offspring the error of his ways.