Sebastian Vettel and Fernando Alonso say an "outstanding" Kimi Raikkonen will not only be missed as a Formula 1 driver, but also as a person.

Raikkonen announced in September that the 2021 season will be his last in the sport, bringing a career that spans over 20 years to a close.

The 42-year-old Finn made his F1 debut with Sauber in 2001 and went on to win the 2007 title with Ferrari, scoring a total of 21 victories with the Italian squad and McLaren.

Vettel was Raikkonen's teammate at the Scuderia from 2015 to 2018, and the four-time champion is one of the few drivers the Finn considers his friend.

The German admitted he feels "great respect" for Raikkonen for the way he has stayed unchanged throughout the years.

"I think it's a natural thing," said Vettel of Raikkonen's retirement.

"It's probably the most natural thing. Will he be missed? Yes. I think he was a true character, and I enjoyed the time I had with him as a teammate.

"But to be fair, I got to know him already before, and he's probably one of the very few drivers I've met from day one until today that hasn't changed in the sense that he has been very, very open, welcoming me as a young kid when I entered F1, and at that point he was probably the most established Formula 1 driver. 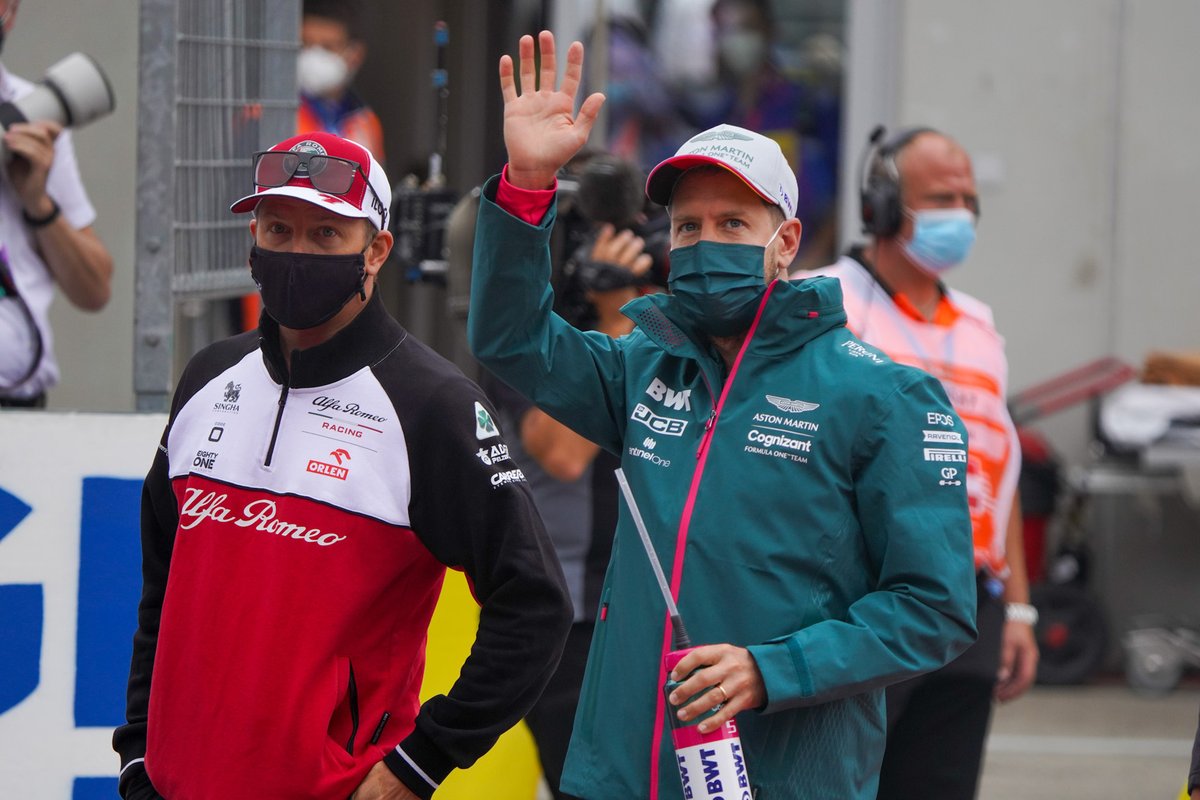 "He's a great person, and I'm sure we'll stay in touch. I wish him all the best and I will miss the silence."

Two-time world champion Alonso, who partnered Raikkonen at Ferrari in 2014, labelled the Finn a "very good person" who changes dramatically when he is away from the track.

"I think Kimi will be missed in Formula 1," said Alonso. "I like him a lot, the way in his own way he loves the sport, and has been for so many years in Formula 1.

"I think he's very honest always, which I really like that part of Kimi. And I think outside he is maybe, mask off of being a cold and Iceman, there is a very good person inside that you meet from time to time outside the circuit.

"We meet in airports, restaurants, places that you are not in this paddock environment and Kimi is a different person.

"As I said, he has been outstanding for Formula 1, and he will be missed because he has his own character and he was different."