Fernando Alonso believes the reaction to his first lap move through the run-off area in Sochi proves there are “different rules for different people” in Formula 1.

Two-time F1 world champion Alonso was spotted taking the escape route at Turn 2 during his reconnaissance laps to the grid ahead of the Russian Grand Prix two weeks ago, before repeating the move on the opening lap of the race.

The FIA took no action against Alonso as he was deemed not to have gained any advantage, but the Spaniard’s move attracted attention as it ensured he also did not lose any places at the braking zone.

Asked about his move ahead of this weekend’s Turkish Grand Prix, Alonso said he straight-lined Turn 2 to “see the questions here in Istanbul”, claiming the reaction proved his actions were under added scrutiny.

“[it was] just to confirm when I do things, they have a different behaviour, and a different repercussion on the following event,” Alonso said.

“So now, maybe they change the run-off area in Lap 1 in the first couple of corners.

“I’ve been the idiot on-track for most of the championship while I’ve been overtaken from the outside of the asphalt by many people for the first couple of races.

"Even in Austria, I remember Austria 1 and Austria 2, and nothing happened. There were no questions on the following race.

“Now after Sochi, there is a question. It’s a confirmation." 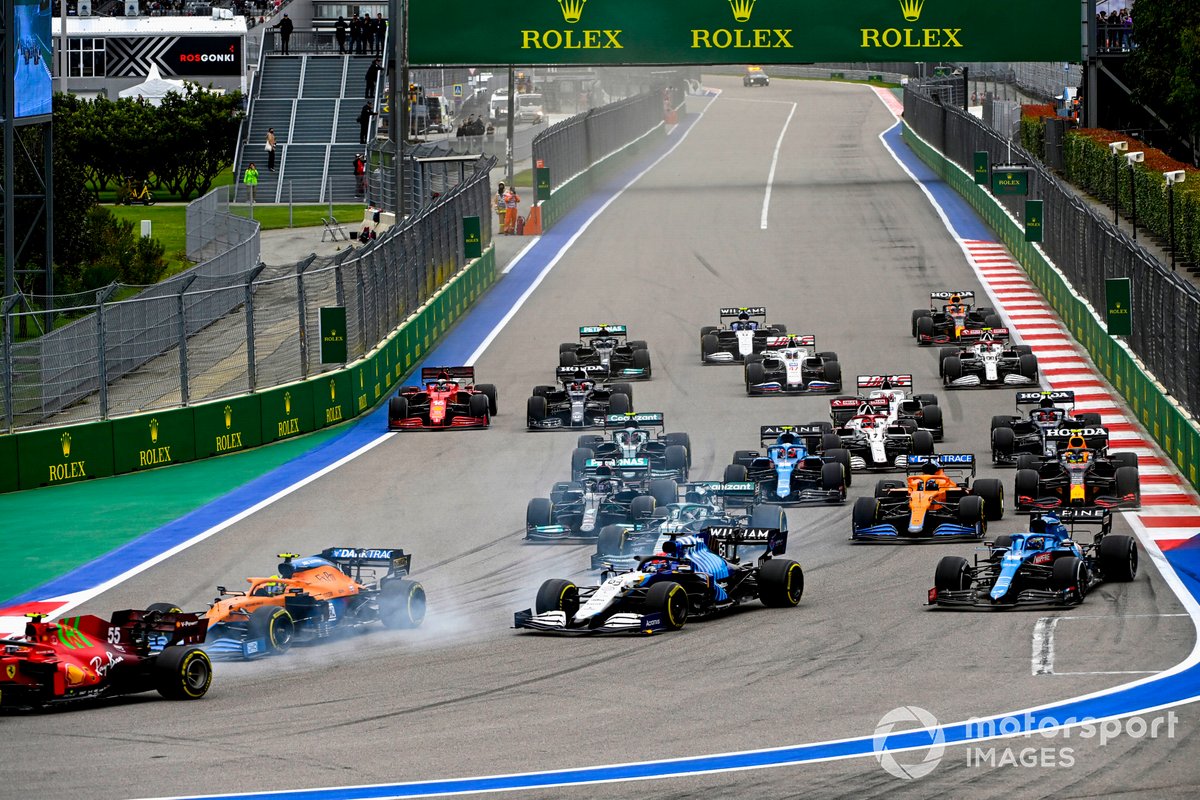 Alonso was left feeling angry in Austria after Daniel Ricciardo’s pass on him outside of regular track limits on the opening lap, making him feel “a little bit stupid”.

Alonso then made reference to McLaren driver Lando Norris’s crossing of the white line at pit entry in the closing stages of the Russia race that saw him escape a penalty and only land a reprimand following a stewards’ investigation.

“Let’s see, the next one that crosses the white line on the pit entry, let’s see which nationality he is and which penalty he will get,” Alonso said.