Red Bull’s Max Verstappen says even if he loses the 2021 Formula 1 title battle against Lewis Hamilton and Mercedes, such an outcome would not “change my life”.

The Dutch driver is currently two points behind Hamilton with seven races of the current campaign remaining, as he contests his first F1 championship fight.

Verstappen’s contest with Hamilton in 2021 has featured several flash points – with their biggest clashes coming in the crashes at Silverstone and Monza – while he has also lost points in unfortunate incidents in Baku and at Budapest.

Despite those lost points, Verstappen says he and Red Bull are “very relaxed, but also very focused” as there is “nothing you can force or you have to stress about because we always want to do the best we can anyway” – speaking in the pre-event press conference for this weekend’s Turkish Grand Prix.

When asked how he stays relaxed considering the pressures and expectations on a driver involved in a title fight, Verstappen replied: “I always do my best and I know that the team is also doing the best they can.

“And if that’s going to be first at the end of the year – that’s of course an amazing achievement and that’s what we work for, right?

“But, even if we would finish second, I think we’d still have had a great season.

“And at the end of the day it’s not really going to change my life.

“I mean, I enjoy what I’m doing, and I think that’s also very important. For me, there is not much to worry about really.” 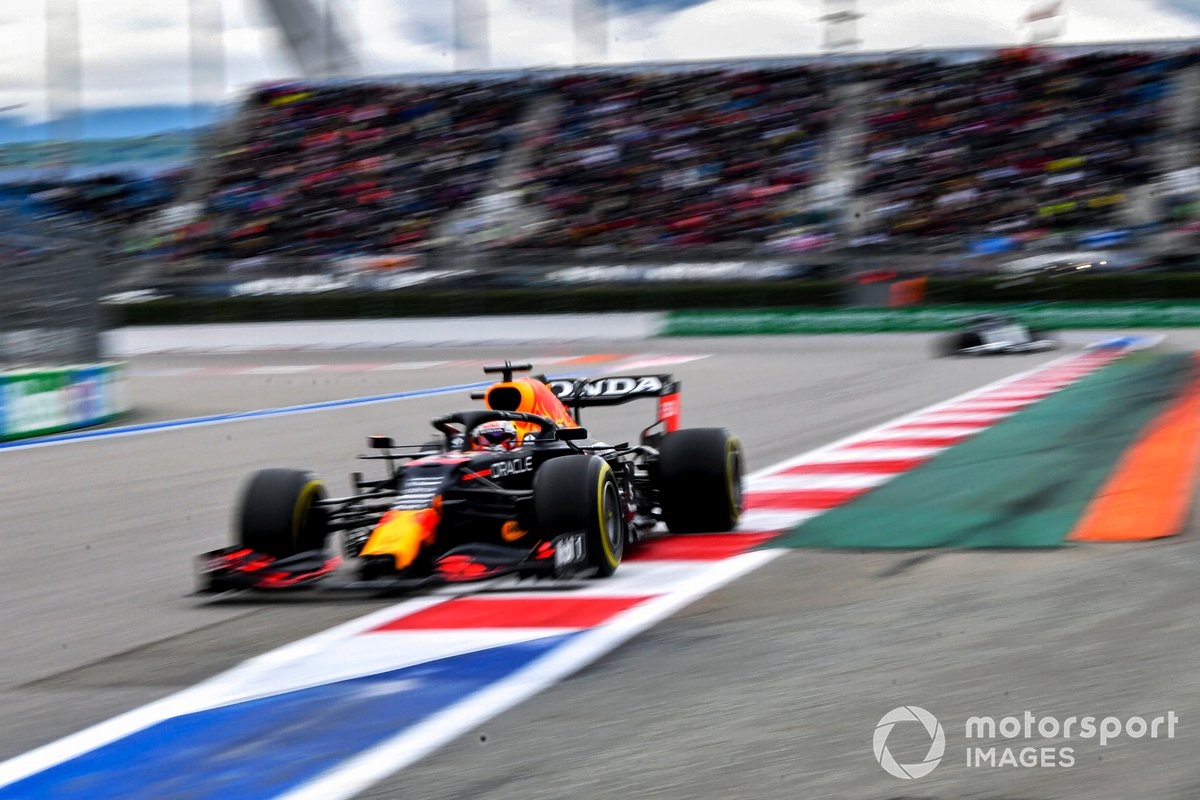 Verstappen also started that he now has “quite a strong package now with the fresh engine” that was fitted to his car ahead of last month’s Russian Grand Prix.

“[So] we just keep on developing, keep on pushing, keep on trying to have a better balance in the car,” he added.

“Because that is of course never perfect. And yeah, we’ll try to of course have that here [in Turkey].

“But, at this track, there are a lot of unknowns at the moment – just in terms of grip level already [with the Istanbul Park surface being water blasted ahead of the upcoming race to make it rougher to improve grip after the new asphalt laid in 2020 was extremely slippery].

“We first have to deal with that.”

Despite the boost from the fresh Honda engine that he took to second place last time out at Sochi, Verstappen still reckons “the upcoming races will be tough” in the fight with Mercedes.

He continued: “Because I don’t really know where it’s going to be. Are we in front? Are we just behind?

“So, hopefully it will just continue like it has been for the last few races. It’s very close and we can have a good battle.”