Fernando Alonso believes Alpine has been "unprepared" after suffering his latest Formula 1 reliability setback and being forced to retire late in Sunday's Mexican Grand Prix.

Alonso had been in contention for a points finish at the Autodromo Hermanos Rodriguez, only to suffer a cylinder failure while running seventh before an eventual loss of power forced him to retire from the race with six laps remaining.

It came as the latest reliability setback for Alonso in what has been a frustrating season that has seen him regularly lament points lost through no fault of his own, claiming to have lost more than 60 points over the season.

Speaking in the media pen after the race, Alonso noted that "for car 14, there are always reliability issues", referring to his Alpine, and said he thought his race had been "exceptional" up to that point.

"It's just amazing that only one or two cars retire at every race, and there is always car 14," said Alonso.

"I blew up five engines this year, I think. The problem in the qualifying in Australia; in Austria, I didn't even start the race because of the blackout. So I think in 19 races, more or less 50% of the races, we haven't scored the points we deserve.

"But there's nothing we can do now."

Asked if he thought it was simply a case of bad luck for him, Alonso replied: "No, I think we are unprepared." 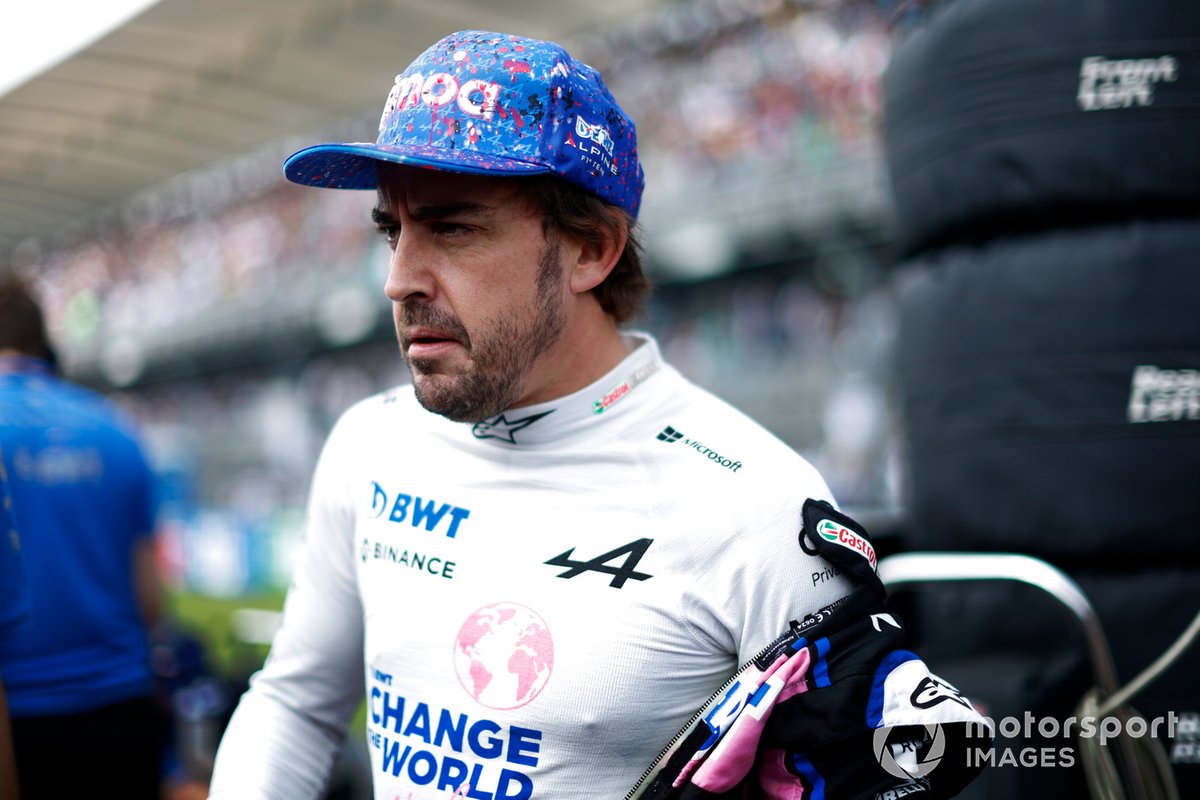 He added: "The engine cannot finish the races. It cannot be bad luck when you have to change six or seven engines as we did, and still not finishing races.

"I think they have some job to do over the winter, hopefully not too much."

Renault placed a big emphasis on gaining more performance with the engine for its works F1 team over the winter, having long lagged behind rivals Mercedes, Ferrari and Honda.

While the French manufacturer has made big gains on that front this year, it has also suffered more reliability issues - something Alpine technical chief Pat Fry said was a result of a "courageous" development push.

The retirement in Mexico marked the fifth time this season Alonso has failed to see the chequered flag. The Spaniard sits 11 points behind Alpine teammate Esteban Ocon in the standings after the Frenchman finished eighth in Mexico.

"My level is very high at this point of the season, and the standings at the end of the year will be one of the lowest," Alonso said.

'It's a little bit frustrating, but there's nothing I can do."

Alonso has just two races remaining with Alpine in F1 before he makes the switch to Aston Martin for the 2023 season.