Fernando Alonso thought he lost “a couple of places” on the grid in Formula 1 qualifying at Silverstone after using his full battery charge before his final Q3 lap.

Alpine driver Alonso entered Saturday's qualifying session for the British Grand Prix looking to replicate his run to the front row of the grid in damp conditions in Canada two weeks ago.

After easing through Q1 and Q2, Alonso briefly went fastest at the start of Q3 by three seconds, but ultimately dropped to seventh in the final classification.

The Spaniard managed to cross the line with three seconds remaining, theoretically giving him the best of the conditions for the final lap in Q3, but had already used all of the battery deployment on his car on the previous effort.

“There was more to come today,” Alonso said after qualifying.

“But then obviously, you need to start timing to cross the line as late as possible in the session, but with the battery full as well, so you need to recharge on the lap before.

“We didn’t have that much margin. We went for a push on the lap before. In the end, we managed to cross the line with three seconds of margin, but with no battery any more.”

Alonso said it meant his best lap was “like two laps before the end”, making it “very early in the session to really perform better.”

But he felt it was roughly where Alpine is set to end up in the race anyway, meaning he was not too disheartened by the result. 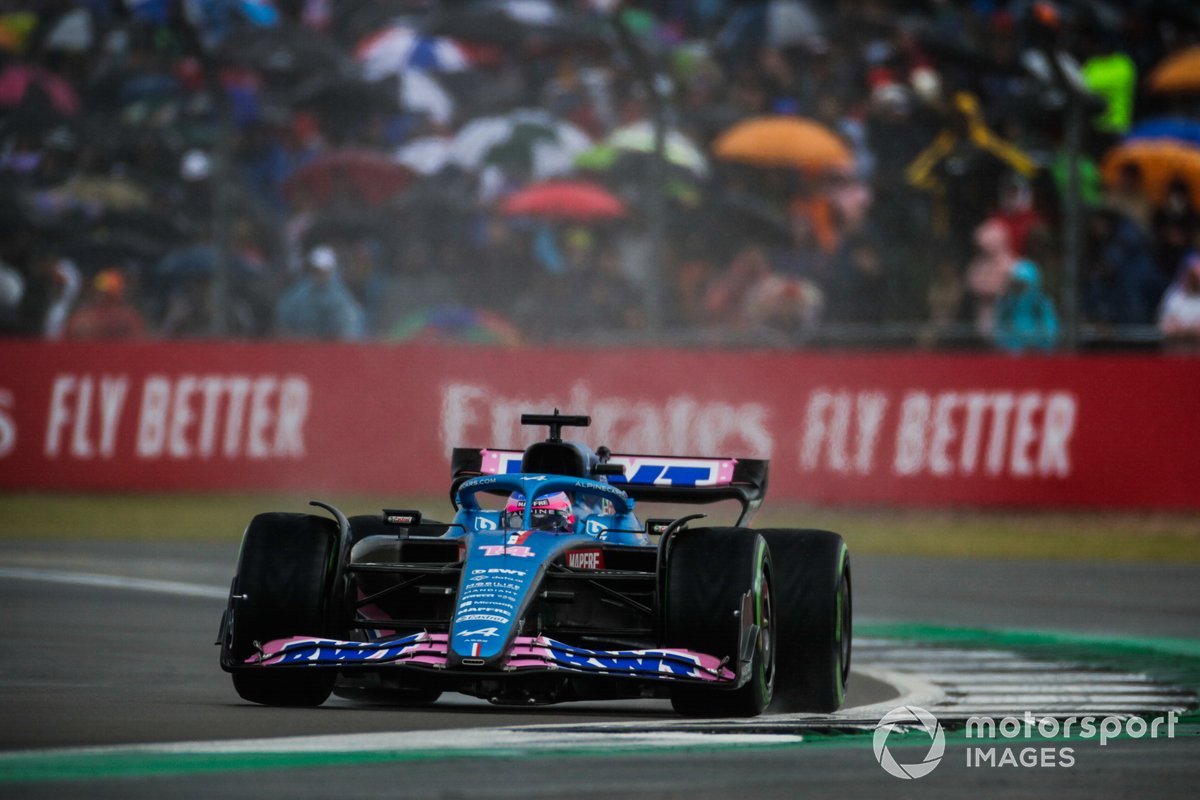 “We lost maybe a couple of places because of that,” Alonso said.

“I think if you qualify in front of Lewis [Hamilton] or George [Russell] or [Lando] Norris or something, maybe tomorrow, you end up in your natural position.

Alonso was hopeful some changeable weather conditions through the race would play in Alpine’s favour, and they could benefit from not having much to lose compared to the front-runners.

“We are not, unfortunately, fighting for the championship, but sometimes we can take more risks than the others,” Alonso said.

“Even today in Q1, we waited like six minutes, the only two cars in the garage were the two Alpines. We said it’s not going to rain heavier in Q1, so let’s wait a little bit and go at the end.

“This kind of thing, you cannot do it when you are fighting for the championship. Tomorrow, if we have mixed conditions, maybe we can be a little bit more brave.”