Fernando Alonso says that his Alpine Formula 1 team should work out why it proved so competitive in qualifying for the Qatar Grand Prix and learn lessons for the future.

The Spaniard earned fifth on the grid in Q3, while his teammate Esteban Ocon took ninth.

Both drivers will start immediately behind a car from AlphaTauri, the team Alpine is battling for fifth in the constructors' championship, adding an extra dimension to Sunday's race.

"I've been positive all weekend about the car," said Alonso. "It felt very nice in FP1. The track is lovely to drive, and now with the light cars and the new tyres, it feels fantastic.

"I told the team I could be driving all night long if they put me fuel, and I wait for them tomorrow here driving!

"But it seems that some circuits are better than others for our package. Istanbul, Sochi, here, there are some similarities on those circuits. So we need to study what we are missing in some of the circuits.

"Obviously these cars are gone in three weeks' time, so there is not much point maybe to have a deep analysis.

"There is something that for sure seems better for us in some circuits, and hurting us in some others. It will be nice to understand, even if it's for the very long term into next year."

Ocon agreed that lessons could be learned about the team's form in Qatar.

"It's hard for me to say right now, of course we are going to be learning a lot from this weekend to see why the car has been so good during this weekend.

"It would be good knowledge to understand that for future." 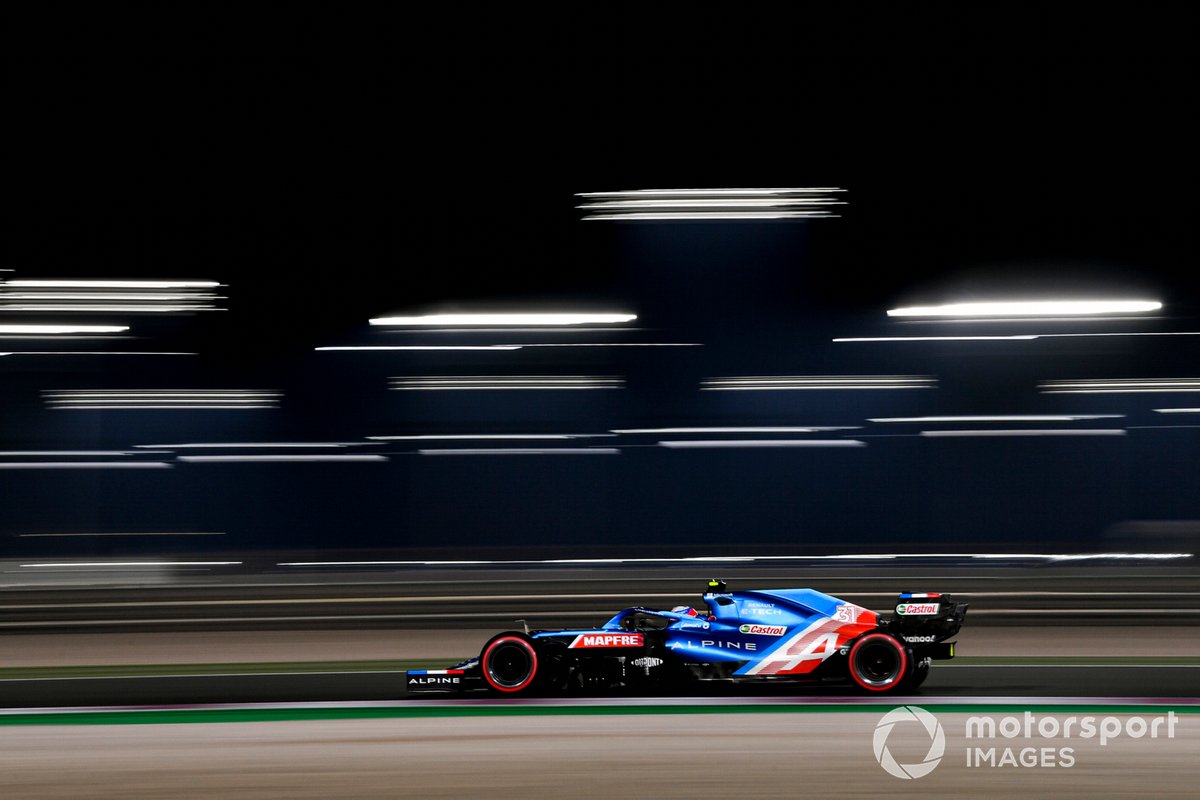 Alpine executive director Marcin Budkowski admitted that he didn't have a full explanation for why Alpine had outperformed rivals, notably McLaren and Ferrari.

"I think there's some circuit to circuit variability," he told Autosport.

"We were particularly competitive here from the beginning of the weekend. I don't think we were expecting P5, but we were certainly expecting both cars in Q3. And the gap to the leaders was smaller than usual.

"I think it's a combination of circuit characteristics and our engineering team doing a good job on on tyres and set-up on this new circuit.

"I think it's fair to say we don't fully understand some of the swings in performance, but I'm sure if you asked McLaren Ferrari they're not going to give you a full a full explanation either."