Raikkonen was only 16th quickest in FP2, completing just six laps, while Giovinazzi managed only 10 laps and languished 18th on the timesheet, ahead of only the Williams drivers.

Autosport understands the cooling issues were separate problems related to the car's cooling systems, rather than the engine.

Alfa Romeo was unable to fix Raikkonen's car in time to send him back out, while repairs to Giovinazzi's car were completed in time for him to do only two further laps at the end of the session.

"We had an unfortunate leak in the cooling system, we almost got it back together but it was too late," said Raikkonen, who reckoned his out-lap spin early on in FP2 was the result of 'running out of talent' on shiny new tyres.

"At least we got a few laps and the car felt good.

"Obviously, the problem is the morning condition is completely different than the second practice, so that would have been the proper conditions for the race.

"It's a bit unknown right now but I think we should be OK - try to work as much as we can tomorrow and see what we get." 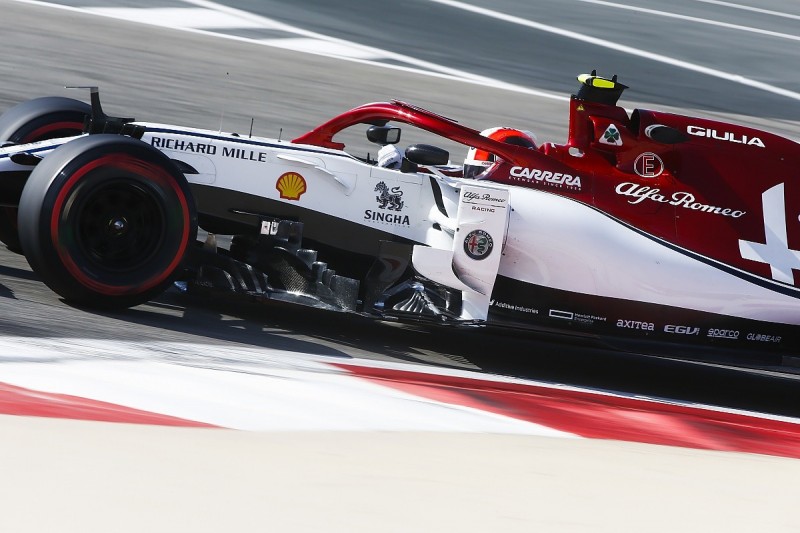 In the first practice session, held in scorching daytime heat, Raikkonen was 10th fastest while Giovinazzi was only 16th.

The stewards investigated a collision between Giovinazzi and Nico Hulkenberg's Renault, which briefly launched the Alfa into the air, but took no further action.

"It was just a misunderstanding with him," Giovinazzi explained. "I was on my long run, I was pushing and he wasn't, and he didn't see me really well.

"[FP2] was a difficult session, we didn't make a lot of laps.

"Unfortunately, we had an issue with the cooling, but I need to say thanks to the guys because we went back on the track and I did at least two laps, just to feel a little bit the car.

"We need to look at all the data from not a lot to see to try to find the best solution for tomorrow.

"Not an easy day, for sure it will be a lot better tomorrow."