Kubica, who was a second slower than Russell in second practice for this weekend's Bahrain Grand Prix, was at a loss to understand why the data indicated that the cars have different aerodynamic characteristics.

He has ruled out floor damage, which was believed to have cost him performance in Melbourne, as the cause.

"At least we understood that in Australia I ran a different set-up than George and we could clearly see the different characteristics in the cars," Kubica explained.

"Here we started with the same set-up and the characteristic is still different.

"I thought in Australia that it was maybe caused by some damage to the floor, and maybe a different set-up, but at least after the first session here we got an answer.

"It's clear that we are driving two different cars with the same set-up, so that is something we need to understand.

"It's quite obvious on the data. So now we need to try and find the reason."

Kubica had previously thought that floor damage in Melbourne that could not be adequately repaired due to a spares shortage had been his major issue in Australia.

"I had some doubt after Australia, honestly I thought it was caused by floor damage," he added.

"The floor is in a good state here, and still, though we are using the same baseline set-up as the other car, we have different characteristics. It is quite significant.

"Maybe it is something within the aero which is upsetting a lot the handling of the car and the general grip of the car." 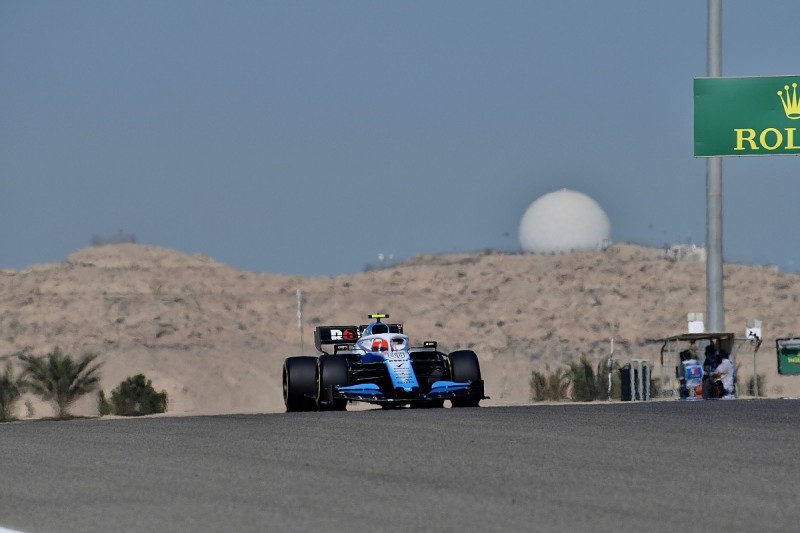 He noted that the car behaviour was making it hard for him to drive on the limit.

"It's looking strange, to be honest, and it's putting me in a very difficult position to drive the car," Kubica said.

"Additionally, if I try to follow it up with some balance shift I have to reduce the grip a lot and the potential of the car.

"Neither way is good. I make it more drivable, I am slow. I make it, let's say, as it should be and it's undrivable. It's a very, very difficult situation.

"It's matching my feelings, and it's clearly visible on the data. There has to be a reason, nothing happens without a reason, so we just have to have a deep think."

Kubica remained optimistic about there being some potential to improve the car.

"If we are able to fix it and find those normal characteristics then the feeling will improve and the operating window will get bigger," he said.

Russell had some sympathy for his struggling team-mate.

"I know in Australia we certainly managed to optimise better than what he did," said the Formula 2 champion.

"And when we saw the videos, my car looked nicer to drive than his car. He's quite a bit off the pace at the moment and I know he's not off pace by that far."

Daniel Ricciardo 'a long way off' and lacking confidence in Bahrain