Alfa Romeo boss Frederic Vasseur wants the FIA to be consistent after Zhou Guanyu became the first Formula 1 driver to fall foul of the new approach to radio messages.

F1 race director Niels Wittich told teams before the Bahrain GP that henceforth there will be no requests from race control telling drivers to give a place back for gaining an advantage by going off track.

Instead it will be up to the team and driver to make their own call within a lap of the incident.

The issue didn’t arise in the Bahrain GP itself, but in Jeddah Zhou went off track early in the race after completing a passing move on Alex Albon.

The Chinese driver had earlier dropped to the back of the field at the start after contact with Daniel Ricciardo triggered anti-stall on his car.

It was while recovering that he passed Albon into Turn 1, before running across the inside of Turn 2.

Zhou immediately asked his engineer if he should give back the place, and having quickly reviewed a video of the incident the team decided that he should keep it.

However shortly afterwards to the team’s surprise a message appeared on the timing screens indicating that the incident was being investigated, and inevitably the standard five-second penalty was subsequently applied.

The stewards noted that in running wide after passing Albon, Zhou had “gained a lasting advantage and remained ahead of car 23. The advantage was not negated by giving the position back at the earliest available opportunity or at all.”

Zhou’s day was then made worse because the front jack man touched the car while the time penalty was being served before the tyres were changed, thus in effect nullifying it. 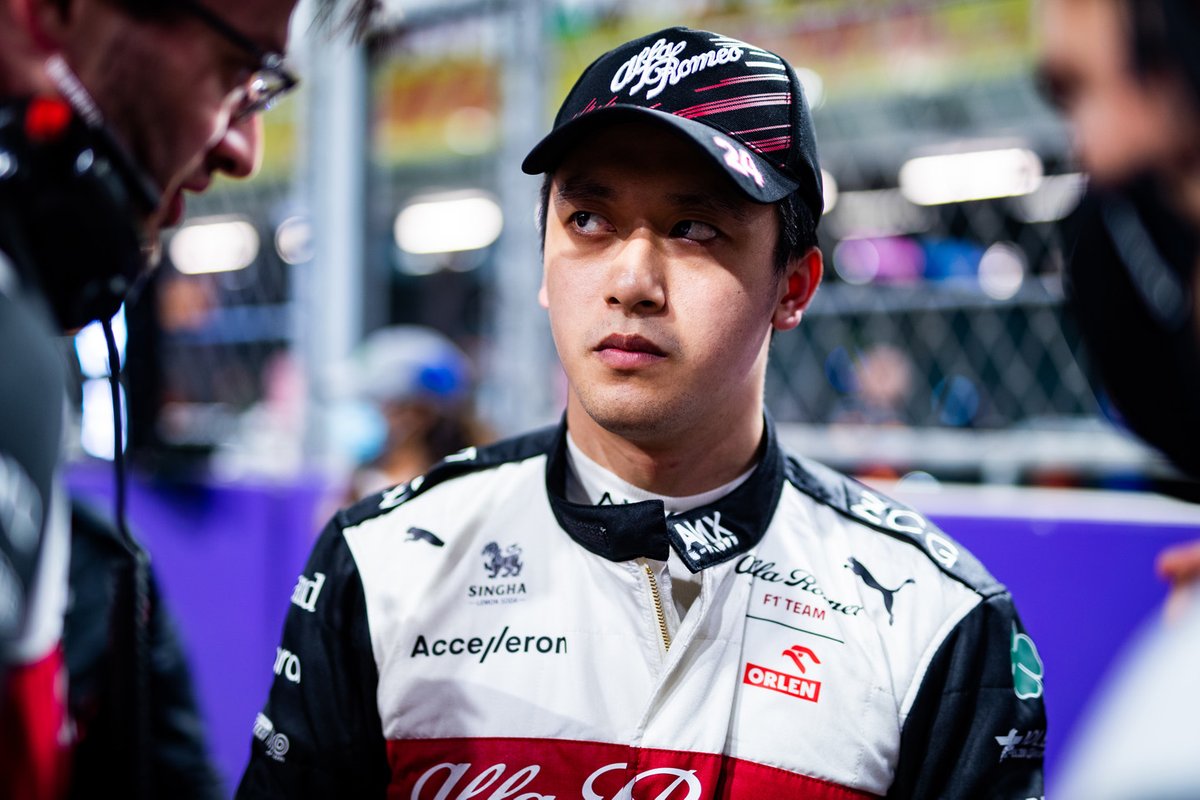 As a result the penalty was deemed to have not been served, and Zhou was told to serve an extra drive through penalty on his way to an eventual 11th place.

“He had a good start but had contact with Ricciardo at Turn 1,” Vasseur told Autosport when asked about Zhou’s eventful evening.

“I'm not okay with the decision of the stewards on Albon, because he was miles away. He overtook Albon much before the braking point, and he went straight. And he slowed down to avoid to have an advantage.

“Zhou asked us, so we had a look on the video. And he overtook him and Albon was almost behind him. And so we said, 'No no, it's fair, it's fine.’”

Vasseur admitted that the pit stop confusion, which saw the front jack man try to lift the car and then pull back and the reserve jack man have to step in, was due to a miscommunication.

“We made the mistake, because the mechanic had an issue with the radio, and he touched the car during the pit stop," Vasseur explained.

"And then Zhou had the drive through. And even with all this mess he was able to come back to P11, and not far away from Lewis [Hamilton], and P9 and P10. I'm very pleased with the pace on both cars, but it is like it is.”