Alfa Romeo is targeting a quicker production rate for its updates in Formula 1 this year to avoid a repeat of its mid-2022 slump compared to its midfield rivals.

After a difficult 2021 season that saw it pick up just 13 points, Alfa Romeo made an impressive start to last year as new signing Valtteri Bottas helped establish the team as regular points scorers.

Alfa Romeo benefitted from being the only team that had got close to the weight limit under the new regulations, allowing it to pick up 51 points in the opening nine races courtesy of Bottas and rookie teammate Zhou Guanyu.

But between the British Grand Prix at the start of July and the end of the season, Alfa Romeo scored just four more points - the lowest tally of any team.

Alfa Romeo head of trackside engineering Xevi Pujolar felt the shift in the pecking order came ahead of the summer break, coinciding with teams making weight savings and bringing update packages more regularly that meant it "looked like we were falling backwards."

"Close to the shutdown, probably their rate of development or the rate of bringing packages to the track, it was a bit higher than our one," Pujolar told Autosport.

"For sure, now, our aim for next season is to try to bring or speed up on that side, to be more aligned with the competition. 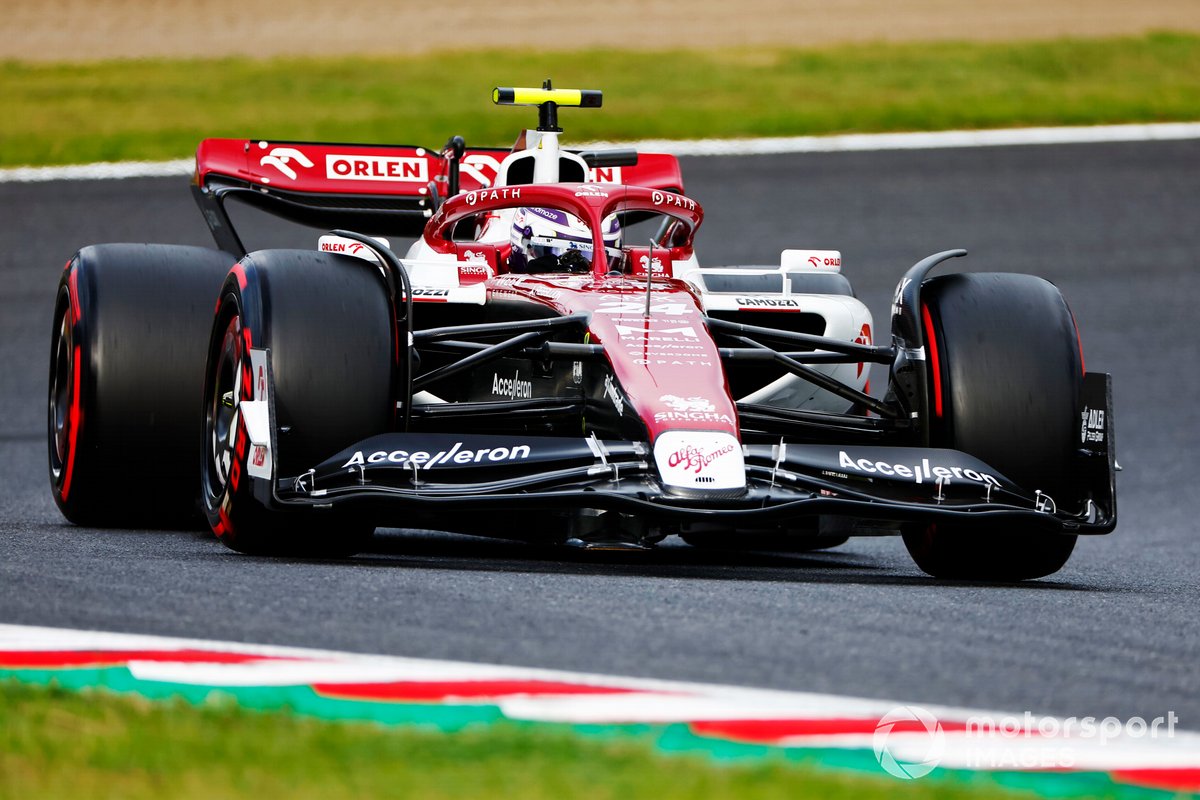 "Because if we could have those packages a bit earlier, for sure we can benefit for more races, and that will be better for our championship fight."

Alfa Romeo still managed to hold on for sixth in the constructors' championship after beating Aston Martin on countback thanks to Bottas's fifth-place finish at Imola in April.

Although there was a late-season upswing in performance, including Bottas qualifying sixth in Mexico, the Finn explained that resources meant Alfa Romeo could not match its rivals' rate of production.

"It's a fact one of our weaknesses was the speed of bringing the upgrades," Bottas told Autosport.

"And also all the reliability issues we had, a lot of the focus and energy was focused on trying to fix those instead of trying to develop the car. So that distracted us quite a bit in the middle part of the year.

"Now that we've got the reliability, let's say, at a good level, we again can just purely focus on the performance."