PLUS: When F1's crazy horse joined the Prancing Horse

Alesi Jr's first run was impacted by a damp track and cold conditions at Fiorano but, after a wet-tyred run, he was sent out on slicks as his father watched on from the sidelines.

"I'd like to thank Ferrari and the FDA for this fantastic opportunity today," said Alesi Jr, who is set to race in Japan this coming season.

"To be able to get in the cockpit of the SF71H was incredibly exciting as was driving the car on track with my father watching and sporting the same race number he used.

"In terms of handling, the car is not too difficult to drive, but the power was surprising and never seems to end.

"The immediacy and efficiency of the braking is also impressive.

"This test was the best way possible for me to bid farewell to Ferrari.

"Now a new adventure awaits me in Asia and I can't wait for it to start."

Armstrong became only the second-ever New Zealander to drive a Ferrari F1 car, following on from Chris Amon who raced for the Scuderia in the late 1960s. 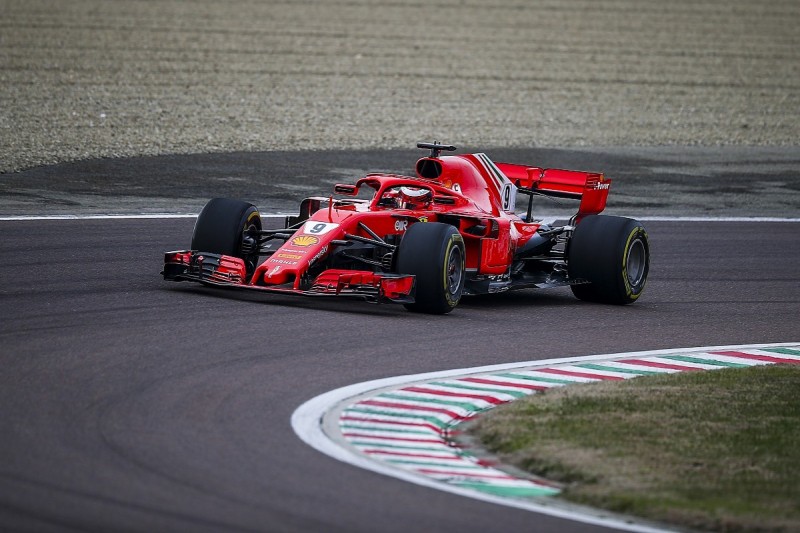 "Obviously this was a special day in my life and it went exactly as I would have expected," said Armstrong, who will stay on in FIA Formula 2 in 2021 having signed for the DAMS team. "That didn't mean I enjoyed it any the less!

"Being at the wheel of a Formula 1 car for the first time is always something magical and when the car is a Ferrari, then it's really unforgettable.

"People always say it's the braking that is the most impressive aspect and that was the case, but also the aerodynamic downforce, the speed in the corners, the steering, the power and the perfect gear changes are all on a different planet compared to the other racing categories.

"I'd like to thank Ferrari and the FDA for making this day possible and I can't wait to jump back in a Formula 1 car again in the future."

Armstrong's F2 rival Robert Shwartzman also drove the car on Monday, after first sampling it at the end of last year at Fiorano and then completing 129 laps in a contemporary car at Abu Dhabi in the end-of-season 2020 test.

"I soon felt comfortable in the car and with the team as it's not even been a month since the last time and the feeling was good for all the laps I did," he said.

"Now it's time for me to focus on the Formula 2 championship with the Prema team, but I hope that I'll get another opportunity to sit in a Ferrari again as soon as possible."

Race drivers Charles Leclerc and Carlos Sainz Jr will run on Tuesday and Wednesday respectively, with Mick Schumacher taking over on Thursday and Friday, and Callum Ilott also testing on Friday.