Albon qualified fifth for the finale, but was able to pass McLaren's Lando Norris for fourth place in the opening stint before the safety car drew him close to Mercedes' Lewis Hamilton.

Although Albon could not put Hamilton under pressure initially, he was able to go on a late charge to cut the gap from nine seconds to just 1.5s in the final 15 laps, crossing the line fourth.

Red Bull is considering whether to replace Albon with Sergio Perez for the 2021 season, but has repeatedly said it wanted to give its incumbent driver as much time as possible to stake a claim for the seat.

Asked by Autosport after the race in the Abu Dhabi paddock what the result meant for his future, Albon said he was proud of the performance.

"I want to say thanks for a lot of support from the guys at the factory and here.

"We didn't give up, we kept trying to find solutions and getting me more comfortable with the car, and it is a tricky car to drive. 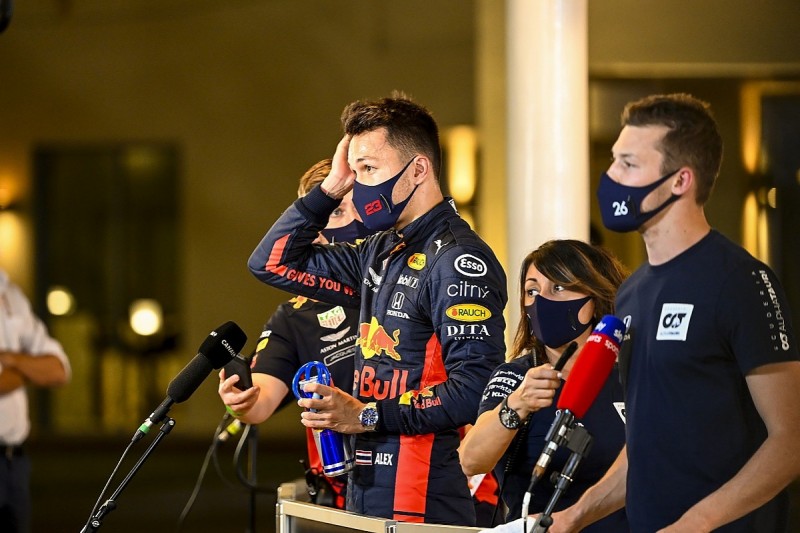 "But to keep pushing and to have my best result, obviously under all the pressures of the weekend and everything going on, I'm proud of myself, and I felt like it was a good closing end to the year.

"If it's enough or not, it's not mine to say really. But of course, I feel like I've done everything.

"I'll leave it in the hands of the others to decide."

Speaking on Sky Sports F1 after the race in Abu Dhabi, Red Bull team principal Christian Horner agreed with Albon's assessment that it was his strongest weekend of the year.

"It's probably been his strongest collective weekend of the season, and he's driven a good race - he was putting Lewis under pressure at the end of the race there.

"That now gives us a complete set of information now to go away and analyse it, and work out what we're going to do."

Asked when a decision could be expected, Horner replied: "I'm sure you guys will know as soon as we've made it.

"It's not going to take too long."

How the cocktail for F1's superteams became outdated