Alain Prost reckons Formula 1 is letting down fans by failing to properly explain its new direction, and argues the sport's restrictive rules have lessened its appeal

The four-time world champion, who last raced in F1 in 1993, argues the fact F1 has been widely criticised since it replaced V8s with V6 hybrid turbo engines for this season suggests it needs to work harder to convince fans it has moved in the right direction.

"I could not say it is a full success because there is a lot of criticism, especially about noise," he said.

"I still think the noise is an excuse, because a lot of other things are not going well.

"The big challenge is that the public, the people, the fans, they [need to] understand why we have done this change.

"In this case it is not all good, because they see there is a big change but they don't understand very well why we have done that."

Prost, who is now an ambassador for Renault and a commentator for French TV, reckons internal criticism of F1 by the likes of Bernie Ecclestone and Sebastian Vettel has also hurt perception of the sport.

"That is another problem," Prost added. "We have had a lot of criticism, even the drivers.

"I don't want to judge anybody in particular but it is not good.

"I don't think you should criticise. You are in a boat and you have to make it work."

The Frenchman urged everyone involved in F1 to promote it in a more positive light, amid ongoing decline in TV audiences.

"It is nobody's fault but everybody's fault," said Prost, when asked whose job it was to take responsibility for educating the public about the new-look F1.

"If you look at the last two years, we had a drop of spectators, so that means more or less the fans maybe don't like what F1 is compared to the past.

"But on the other side we did not get a new public, the younger public, and maybe it is more difficult to explain today than it was when we had the [last] turbo era.

"So maybe it is different and we don't know how to approach that."

HAS F1 GONE TOO FAR? 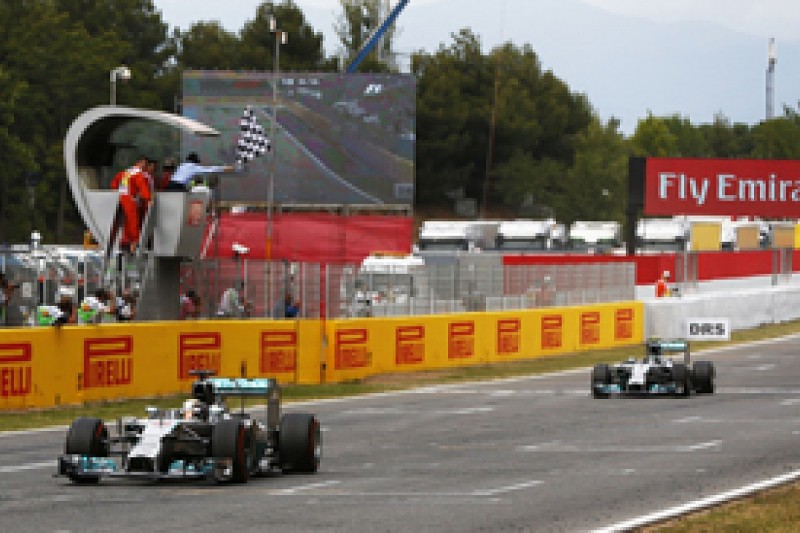 Prost also contends that restrictive rules and strategic convergence between teams in races has potentially made F1 too predictable.

"I know F1 and with all the information you have I find the races very interesting," he added.

"But I think about if I do not know F1 very well and watch it on TV, will it be something that I like to watch? I am not quite sure.

"We have a lot of restrictions, a lot of regulation, and maybe we went too far.

"We have no big [strategic] risk now. You need to understand what is happening, but not the fact it is all written in advance."