The 31-year-old, who has joined the Swiss team for the 2014 season, lost control of the rear of his Sauber C33 on the approach to Turn 7 on his 35th lap of the day.

He hit the concrete wall on the inside, damaging the car's nose and the front suspension, and blamed a combination of the low track temperature and aggressive torque for the spin.

"It's very, very tricky with the new cars [in addition to] low grip and very cold temperatures as well," said Sutil.

"It caught me out on an installation lap today.

"We had several issues with the engine and the tyres got colder and with the combination of cold tyres and turbocharger, the torque amount came in too aggressively and I lost it in a very strange way.

"It was kind of a small incident and we just had to do a nose change. And the suspension was a bit damaged.

"It's all repairable, that's the good part, and we will be out tomorrow on time."

Sutil encountered problems with the brake-by-wire rear braking system, which is newly permitted by the 2014 regulations.

This made the car more difficult to drive and he is hopeful it will be improved for Friday's running.

"That's why you probably saw me locking up into every corner today, so there was smoke everywhere and I flatspotted many tyres," he said. 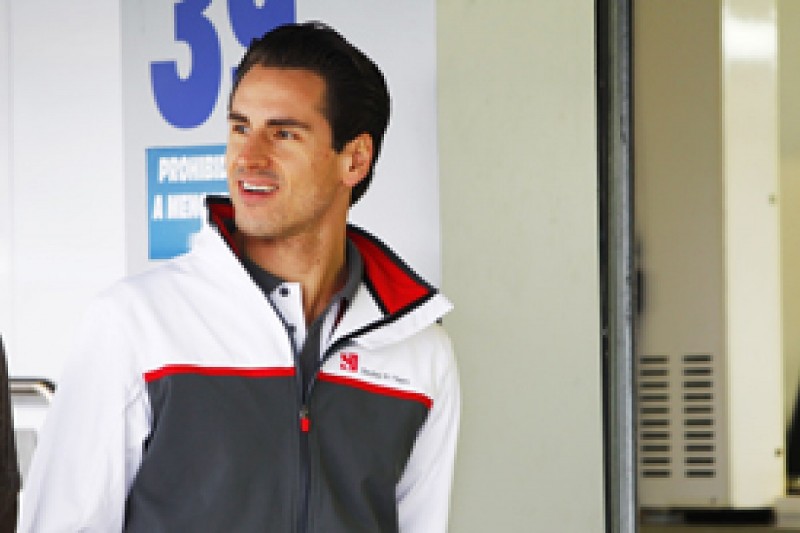 "We will try to fix it for tomorrow as it's a system which should be a bit easier for the driver, but is much more complicated for the engineers."

The team is content with the progress it has made with the new Sauber even though it has yet to break the 1m30s barrier.

The car has completed 94 laps, fewer only than Mercedes, Ferrari and McLaren.

"We are quite satisfied," said chief designer Eric Gandelin when asked by AUTOSPORT about progress.

"The car, from the first lap, was as expected.

"There has been a bit of frustration because with all of these systems it takes time to check everything several times before you get out. But for the moment [we are satisfied]."